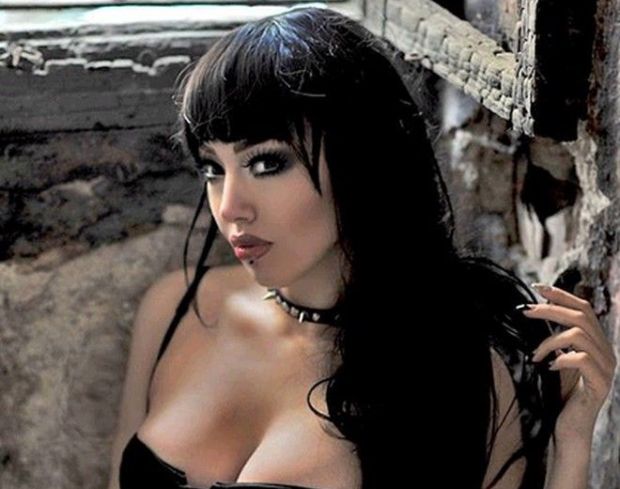 And the president of the airline admits that Turkey is under pressure to be more conservative as Islam takes hold in the country.

A video of the shoot has appeared on YouTube showing the stunning model showing off her curves in a skimpy bikini.

Zuhal is a campaigner for the vegan lifestyle and also holds a black belt in Karate.

President of the airline’s Hava-Is labour union, Atilay Aycin, said: “This new guideline is totally down to Turkish Airlines management’s desire to shape the company to fit its own political and ideological stance.

“No one can deny that Turkey has become a more conservative, religious country.”

A statement from Turkish Airlines (THY) said: “Simple make-up, immaculate and in pastel colours, is preferred for staff working in the service sector.”

But after an uproar across social media, bosses withdrew the lipstick ban and said it was all a big misunderstanding.

Temel Kotil, the airline’s chief executive said: “As to the lipstick, we had no problems but somehow low-level managers put together a paper without asking us and that paper was leaked to the media and became a big issue.”

In February THY stopped serving alcohol to economy passengers on many domestic routes, saying: “There has been little demand for alcohol and it will be discontinued due to logistical considerations.”

At the same time, the carrier removed alcoholic drinks entirely from flights to eight Islamic countries, saying: “Where the flag carriers of those nations do not serve liquor, THY will comply with their wishes and suspend alcoholic drink service”.

Turkish Airlines is one of the fastest-growing carriers in the world, connecting Heathrow, Gatwick, Birmingham, Schipol Amsterdam, Manchester and Edinburgh with its hub in Istanbul.