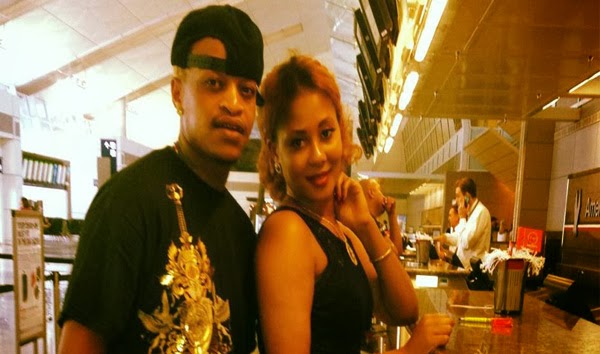 One month later Matt and I had sex for the first time.

The next day as we took our evening walk, Matt surprised me by getting on his feet and crying that he couldnâ€™t live without me and that we should get married immediately. I said yes. He was the only man who had ever got down on his knees and proposed to me.

Having spent my childhood and my teens reading about the most romantic proposals and finally here I was getting one, it was only right to say yes. I would live with Matt for the rest of my life. I would be his best friend and I would look out for him and I would be all woman and there for him.

It wasnâ€™t so much of a surprise. I could see the proposal coming.

Matt had been acting all wired up and strung out. He couldnâ€™t get himself off, however hard he squeezed and pulled during his masturbation episodes which were more regular, and he had been pacing around the house and I asked him if there was any way I could help him and he said there was no use, it just wasnâ€™t working out and many many times he asked if I could help by using my mouth and I said no as frequently as he asked and he said we would have to get someone and he said he knew a girl and thatâ€™s how the girl came to our little apartment.

The girl, an African American, Keisha, and him had been friends for many years but she dated his friend and had a baby with him and lived with him.

So, I said yes, since I am not going to help you out with my mouth, well, you can get someone. As we waited for her to come, I imagined what was going to happen. Would she come dressed in black leather carrying whips and handcuff him to the bed and give him a thrashing?

When Keisha arrived I was already tipsy, having had some alcohol to help me get with the new experience. But I was surprised to see that she was just a simple girl in her mid 20s wearing a decently long dress and normal heels and had her hair tied back in a pony tail. Americans would call her the girl next door.

Matt offered her a glass of wine which she gulped down like a pro.

And then she asked him to take off his clothes and he took them off and lay in all his naked glory on the bed and I sat by the side of the bed as I watched fully clothed Keisha take my man in her mouth and work him rapidly with her fingers and her mouth.

And he groaned and thrashed around on the bed furiously and screamed all sorts of obscenities and finally came into her mouth and she swallowed and he patted her on her back, got up and strutted across the room and got his wallet and gave her 20 dollars for her cabfare and 20 dollars for her trouble and she left after gulping another glass of wine to get the taste of sperm out of her mouth so that her man wouldn’t smell another man on her lips.

I sat there for a while sipping more wine as my man continued to lay there on the bed all sprawled out in naked glory but now very relaxed and smoking a regular cigarette.

â€œCome here.â€ he finally said to me, when he put off his cigarette. â€œLie down.â€

â€œI don’t mean to hurt you, but this had to be done. And it will be done again if we continue being together, I really need you to understand that. There are some things you can’t do for me and I would need someone to do them for me.â€

And I nodded my head in agreement because I didn’t know what to say and I was too tipsy and tired and just wanted to close my eyes and sleep. But Matt was not done yet. In his now relaxed state, he was able to become intimate with me and open up and talk about his past and I listened.

He told me about his ex-girlfriend a Nigerian girl who had left him and gone to university in Tenessee after he had taken out a loan for her and which loan he was still repaying and how she had immediately dumped him as soon as she cashed the cheque.

â€œThat girl was wahallaâ€ he said.

And I asked what wahalla was and he said that everywhere they went, men just kept staring at her and he had nearly gotten into fist fights but his anger management classes had won over and he had somehow remained calm and let the men stare to their content.

â€œWhy did they stare so much?â€ I asked.

â€œCamel toe? What is that?â€

â€œStand up. Just move over there.â€ he said.

I stood up and walked to the middle of the room. I was still wearing my tight jeans. He looked me over.

â€œNo, you don’t have it.â€ he pronounced, connoisseur of camel toes that he was. â€œBut you do have something else.â€

I took off my jeans and lay down next to him.

â€œI like you.â€ he said. Without waiting for a response he jumped up on me and without preamble slipped his penis in one rough move into me and pumped up and down and screamed my name and pumped some more and it was over as quickly as it had begun.

And then I lay there wondering what had just happened and thinking that Matt had finally fucked me instead of making love to me. We had waited for three months and instead of making love to me he had fucked me and I had allowed it and I wasn’t the least bit disgusted. Disappointed perhaps but not disgusted. Was this what I had waited for all this time? Is this what I could expect with Matt if I continued to be with him?

â€œI like you so much.â€ he repeated. And then he turned over and went straight to sleep.

The next morning I woke up early. Feeling a little sore from the rapid pumping but remembering that for the first time, Matt had been able to get it up and get it in. Never mind that it was terrible. I noticed that I was bleeding slightly and I walked into the bathroom and started to wash off the previous night’s disappointment. And I was crying and the warm tears mingled with the water and I cried more and scrubbed myself vigorously and cried some more.