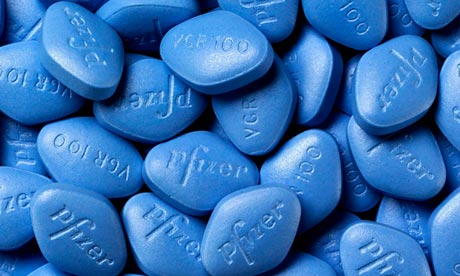 Viagra was originally developed as a treatment for angina. Photograph: AFP

Dominic Rushe in New York for the Gurdian

The maker of Viagra, the world’s leading treatment for erectile dysfunction, has announced that it will start selling its product direct online, in an effort to counter the apparently unstoppable trade in counterfeit pills.

Pfizer said that patients in the US with a valid prescription would be able to purchase the pills for $25 each from its website, Viagra.com. The real thing will cost significantly more than fake versions, but Pfizer said patients would be guaranteed quality. Some counterfeit versions had been found to contain printer ink and pesticides, the company said. Pfizer will offer three free tablets with a first order and 30% off the price of a second.

Other drugs companies will watch the development with interest. Traditionally, drugs makers have not sold directly to patients, selling instead to wholesalers which distribute the drugs to doctors, hospitals and pharmacies. If Pfizer’s idea takes off, other companies could follow suit with everything from popular diet pills to sleeping aids.

Viagra, which was launched in 1998, became a global sensation, backed in the US by a wave of advertising featuring middle-aged men, including the soccer star Pele and senator Bob Dole, talking about “ED”, or erectile dysfunction. In 2000, Viagra accounted for 90% of all ED pill sales but it has been hurt by the arrival of rivals including Cialis and Levitra and an explosion in counterfeit sales worldwide. Last month, Pfizer said Viagra sales had fallen 7% in the first three months of the year, to $461m.

“There are almost 24 million searches a year for Viagra online,” said Victor Clavelli, senior director of Pfizer’s primary care business unit. “By offering men with ED convenient access and a legitimate alternative to purchase Viagra online, our hope is that Pfizer will help rein in the distribution of fake ED products.”

Matthew Bassiur, Pfizer’s vice-president for global security, said: “We have seen counterfeit medicines manufactured in filthy and deplorable conditions, yet some people do not realize the risks that this poses to their health and safety, our top priority. Counterfeit medicines often contain the wrong or incorrect levels of active ingredient, as well as potentially dangerous contaminants. Samples of counterfeit Viagra tested by our labs have contained pesticides, wallboard, commercial paint and printer ink. These findings motivate us to continue our aggressive global efforts to stop those who prey on unsuspecting patients.”

In 2011, Pfizer conducted chemical analysis of pills advertised as “Pfizer’s Viagra” and bought from 22 websites that appeared in the top search results for the phrase “buy Viagra”. The study found that about 80% of these pills were counterfeit; although such pills contained Viagra’s active ingredient, sildenafil citrate, the amount was only 30% to 50%Â of what was advertised.

Unscrupulous online pharmacies claim to sell generic versions of Viagra. But generic Viagra does not exist: Pfizer’s patents give it the exclusivity on Viagra until 2020 in the US and for many years after that in other countries.