Panic in UDA, Sakaja fails to present clearance papers to IEBC as fears emerge over his varsity Degree

Panic has rocked Deputy President William Ruto’s UDA camp after Nairobi Senator Johnson Sakaja failed to present his papers to IEBC for clearance to vie for the Nairobi Governor’s seat following doubts over his University Degree.

Sakaja who is the UDA nominee for the Nairobi Governor’s seat skipped his date with IEBC last Sunday and he requested for more time from the Commission for him to put in order his clearance papers. 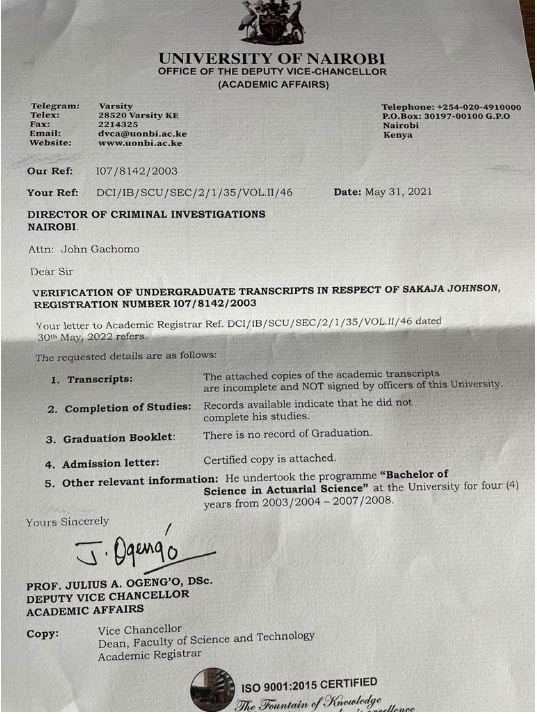 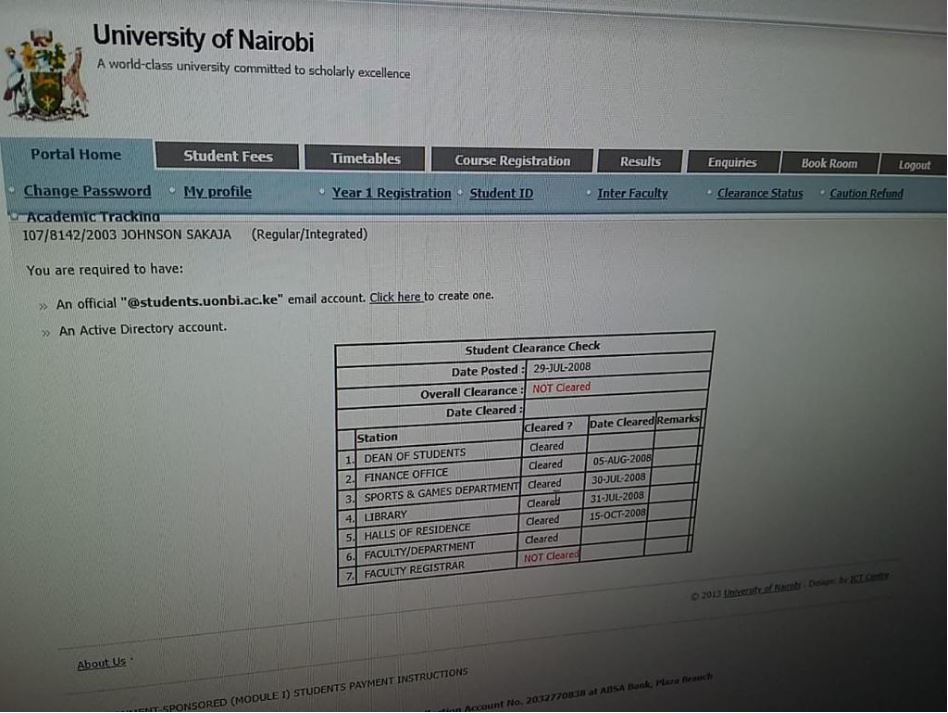 It has emerged that Sakaja who is a former TNA nominated MP failed to graduate from the University of Nairobi in 2008 where he was admitted for a Bachelor of Science in Actuarial Science. According to a report from the UoN to the Director of Criminal Investigations, Sakaja joined the university in 2003 but failed to graduate because he dropped out in third year.

Sakaja has however purportedly informed his UDA party that he will seek for IEBC clearance using a Degree that he reportedly acquired from a private Ugandan University. 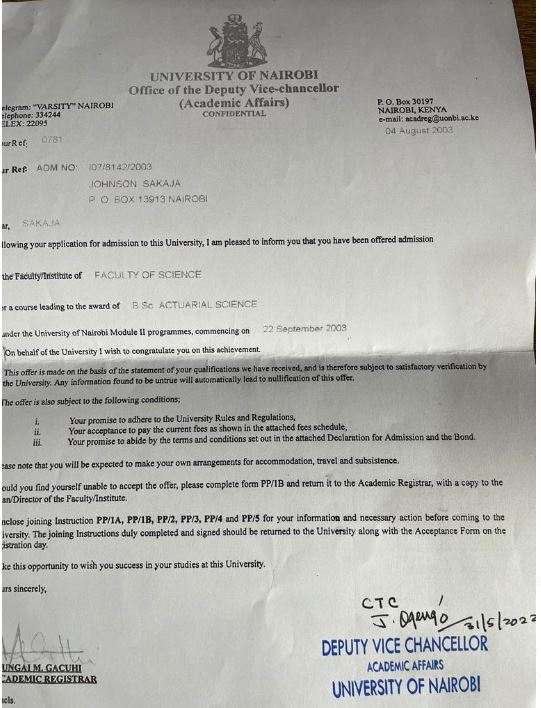 Reports indicate that Sakaja has already approached the Commission for University Education using his Ugandan Degree and he’s waiting for it’s approval before approaching the IEBC for clearance on Tuesday.

It’s unknown when Sakaja graduated from the Ugandan university and Kenyans are watching keenly how the IEBC and the Commission for University Education will handle the matter.

The deadline for IEBC clearance for Governors is Tuesday 7, June