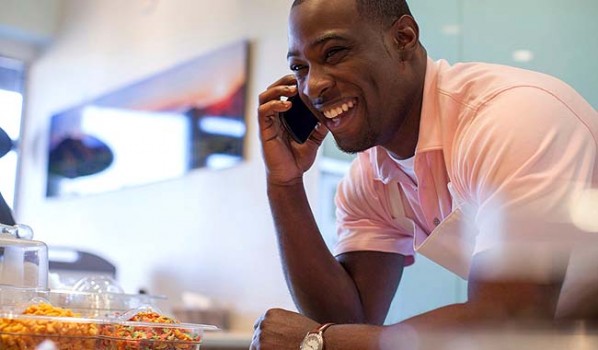 Finding the right man all boils down to your ability to read men. Men, I have come to realize, are simple creatures who just love their food, to be pampered and egos massaged. Today, I will teach you how to profile the Nairobi man, right from the shoe he wears; to the car he drives, to how he talks and even where he lives.

The wealthy man: A wealthy man is a simple man. He hardly brags about his latest car or newest apartments. He is dresses simple, most probably in casual clothes and an occasional expensive suit. Wealthy men are carefree. He probably owns half of this town but nobody really knows about it. Because he is a simple man, he will drive a simple car. He drives the old fashioned Mercedes or range-rover or a simple but pricy jeep.

Mr. Wealthy is not choosy, you will find him at Njugunaâ€™s if need be or Windsor playing golf. Oh, a little secret. Donâ€™t be impressed when a man tells you that he plays golf. I mean, every man in this town can play golf. The secret is, when does he play golf? If he plays golf on weekends, he is probably not wealthy. CEOs, MDs and big time businessmen play golf on weekday afternoons to avoid the weekend traffic when the small boys in the small league come to play. Mr. Wealthy lives in Karen, Kitusuru, Tigoni and probably Runda. The downside of the wealthy man is that he is most likely married or taken. My advice: I think I already advised you several weeks ago on how to be the honorable mistress or â€˜clandeâ€™.

The rich man: A rich man is a proud man. He drives the latest Mercedes or Range Rover Sport. He is flashy and loud. He loves to impress women with money and he is perpetually talking about his six-bedroomed â€˜residenceâ€™ in Gem. All men have egos but a rich manâ€™s ego is the size of Africa. He likes to show off his expensive carsâ€™ prowess on the road by driving recklessly- with the windows lowered so that we can all see that he has a Range Rover Sport. A rich man talks big; how he had lunch with his close friend â€˜Evans Kideroâ€™ yet we all know that the governorâ€™s close friends donâ€™t address him by two names, but on first name basis. His sentences start with â€˜When I was in Londonâ€™, and end with â€˜Kenyans need to learn from the Westâ€™. He dresses tastefully and expensively and will never let you forget that his shoes cost Sh 17,900. Avoid this man, he probably earned his first millions a few years ago when he supplied government with biro pens and now he thinks he runs this town. My advice: Spend his money and run off when it runs out.

The hustler: The hustler is a pretender. He drives Toyota Mark II, Mark X, Mercedes C180/ C200 and all those cheap Subarus you see vrooming around town. He lives in Kileleshwa and other congested gated communities I will not name. He must go for rugby tournaments in Nakuru, will never miss â€˜Blankets and Wineâ€™ and catch him dead in the house when Masaku Sevens is ongoing. Like I said, he is a pretender. He pretends to be successful, buying high-end Toyotas yet he is struggling to pay the car loan. He pretends that he is always moneyed, taking you out every weekend, yet he lives on small loans, borrowing Peter to pay Paul. He pretends to be sophisticated, living in those high-end apartments he can barely afford the rent just so that he can end his sentences with â€˜Us guys who live in Kile are so lucky to be near townâ€™. This man love to club-hop with his equally loser friends and take pride in how they had an â€˜epic momentâ€™ in NaxVegas (Nakuru) during Easter. He dress tastefully but cheaply, he shops on Nairobi Stalls or Sunbeam for second hand shoes, jeans and belts. He is christened â€˜Baba Selfieâ€™ on social media because of the amount of selfies he post in a weekend. He will post pictures of his food on Instagram and photos of â€˜beautiful sunset in Namangaâ€™ on Facebook and tweet from a dirty public beach at the coast â€œMombasa is so full of wannabes this Easterâ€™. Unfortunately, a huge chunk of Nairobi men fall under this category, and this means you will most likely date him. My advice: Go out with him, enjoy his little money but donâ€™t lend him any.

The loser: A loser is simply that, a loser. I donâ€™t even know why we are having this conversation. First of all, you mustnâ€™t date a loser. If he drives, he will drive a Toyota NZE, Toyota Allion, Subaru Imprezza (mostly blue in colour), Toyota RUNX, ALEX and Toyota Caldina among others. He just started working and landed his first car loan. He dresses â€˜okâ€™, and shops mainly from Nairobi stalls. I donâ€™t really have much to say about him, save for the fact that he should be dating you, he should be dating a 19-year-old high school leaver. However, should you find yourself unlucky enough to date this caliber of men, my advice: run the other way. The hustler is a hundred times better.