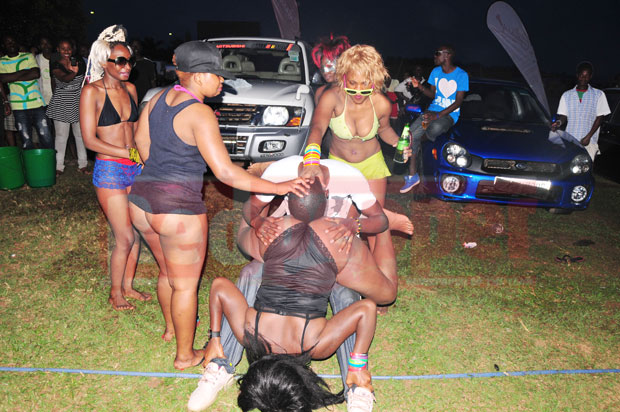 Dating in the 21st century is tougher than going for an expedition to the moon. It is a stupid, ridiculous venture. We complicate everything. It is all about mind games. Lying games. You have to pretend you donâ€™t like a guy when you cannot stand the thought of him with another girl. The words â€˜I love youâ€™ and â€˜I miss youâ€™ are misused, we never really mean them. When we tell someone one we miss them, it means we miss something they have or they can give us. We use the word love selfishly. When we want something.

You have to pretend you donâ€™t care when deep down, you just want to swallow them like a pill and have them all to yourself, for keeps. You have to show him he has competition to keep him interested. You must pretend you are not available for a date so he doesnâ€™t think you are too available. Just because Steve Harvey says men get turned off by women who are too available.

You have to wait for a few minutes to respond to his WhatsApp message since you donâ€™t want to look like you were waiting for his message. Plus, you donâ€™t pick his call at the first ring, while the truth is; I jump and dance a little at the sight of his call. Dating in the 21st century means I canâ€™t exhibit my true feelings for him because I have to literally resist everything that comes naturally with the feeling of love.

First, you meet a guy. Wherever; in the club, social media, mutual friends or even at work. He eyes you for a while, checking you out. Your smile, your eyes, your hair, your dress and your derriere. Especially your derriere. He walks up to you or strikes a conversation, acting all nice and gentlemanly and naturally, you exchange numbers. On the first night, he will WhatsApp you, but first he checks out your WhatsApp profile picture.

That sets the ball rolling for torrents of WhatsApp messages that glues you to your phone, even when you are supposed to be working, causing you to look utterly stupid and unfocussed. On WhatsApp, you get flirty, crack jokes and get to know each other a little more. The guy will most likely ask you out for coffee. When you agree to it, it is his chance to impress you.

Now this is where you separate the men from the boys. The men will take you to a nice coffee shop in uptown Nairobi. Popular hotspots include Java (Koinange, not Mama Ngina!), Tea Spot, or Savannah on Loita street. The ones who really want to impress you will ask you to meet him at a quieter place; Serena, New Stanley and Intercontinental. The boys, irrespective of his age, will ask you to meet him in a club. Those are the ones I avoid like a plague because they assume you are just like any other binge-drinking bimbo in town.

The first date is all about impressions. But I usually get turned off on the first date and I usually disappear after that. Hereâ€™s why; usually, the guy I interact with on WhatsApp is not the same as the one seated across me at the coffee date. The one on WhatsApp is exciting, makes me laugh and smile sheepishly. The one seated across me cannot sustain a meaningful conversation.

The guy seated across me is an insecure man, who thinks he can impress a lady by name-dropping, hot air and talking big. He thinks if he says how he lost five million in a business venture, then I will agree to another date.

â€œOh, you know, I gave my friend my Prado so am stuck with this old Benz. But I like it, compared to the Subaru I have parked in my garage,â€ the conversation goes.

â€œLast time I was in England, I met this guy who asked me why I go to London for my holiday. I told him I just wanted to get away from the Nairobi heat,â€ goes another boring line.

What happened to dating? My mentor tells me how dating was like in his days. Boy meets girl. The exchange addresses or phone numbers and arrange for a date. The date was an opportunity to get to know each other better. Hobbies, gifts, talents, likes and dislikes. Boy escorts girl home, like a gentleman. The courtship process begins.

The courtship is punctuated with earnest love letters from both parties, meeting of friends, relatives and eventually a moving proposal. There was no pretense or fake impressions, but pure love. If a man did not have, he did not pretend he had. If a girl cared, she did not pretend she doesnâ€™t care. If you were in love, you never stopped telling the other how you love them and how the thought of them with another person kills you. If you missed them, you told them.

You bought them gifts without expecting anything in return. It was blissful, fulfilling and satisfying. If you got them pregnant, you married them, not ditched them or say you prefer just being â€˜baby daddyâ€™. What changed?