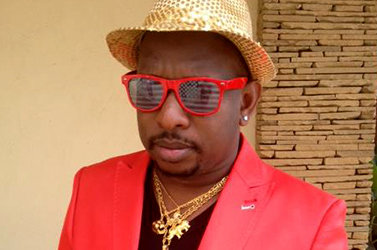 By: The Nairobi Senator.

Mbuvi Gidion Kioko Mike Sonko ( born 27th February 1975) is a Kenyan politician who was first elected as the member of parliament of Makadara constituency on September 20th 2010 in a dramatic by-election. Right after his victory, Mike Sonko had the following to say to his constituents: â€œI will honour all the promises I made to you when campaigning. I will continue standing by my people of Makadara and will continue being development-concious, my main focus still remains ridding this constituency of poverty.â€

True to his word, his Makadara constituency has recorded a significant surge in employment brought about by establishment and growth of small businesses. His style of leadership has been described as â€œenigmaticâ€ and â€œuniqueâ€ because unlike other leaders, Mike Sonko walks around dressed in jeans and a t-shirt which has earned him titles like, â€œ,mtu wa watuâ€ (A man of the people) and â€œ A darling of the massesâ€ . â€œIt is the simple things I do that take me closer to the peopleâ€, he once uttered when being interviewed. He himself describes his leadership as one that brings power back to the people because he believes that the voters are the rightful owners of any elective position in government.

As a result of his efforts, his Makadara constituents are exempted from paying parking fees, he obtained a court order which is still in force up to date. Furthermore, no slum dweller in Nairobi can be evicted from his or her home until a case filed by Mr.MbuviÂ  himself Â is heard and determined.

Before he joined politics, Mike Sonko used to run a fleet of about eight matatus that dominated the Eastlands routes. His matatuâ€™s (Ferrari, Brown Sugar, Lakers, Rough Cuts and Convict) were such a hit in the streets of Nairobi that youth came to him asking for employment, without hesitation, he employed about 50 of them.Â  In 2003 when the NARC (National Allaince Rainbow Coalition) came to power, the then minister for transport, the late John Michuki, put into effect his infamous â€œMichuki rulesâ€ which barred Matatuâ€™s from eastlands from entering the central business district in Nairobi.

This move annoyed Mike Sonko because they were only effected in Eastlands. He termed the rules as â€œdiscriminatoryâ€ and this forced him to move to court. To the surprise of many, he won the case and shortly after that, he was elected as the chairman of the Eastlands Matatu Operators Association, a position he holds up to now, which gives him the power to command over 8000 matatus Â that operate in eastlands.

Mike Sonko is widely known for his philanthropic tendencies and his down to earth attitude, he donates his salary to the poor, he pays school fees for needy students and one of the most memorable scenarios took place in 2012 when Kenya had a doctors strike and he went to a bank, took a loan of millions of shillings and used the money to take hundreds of ailing Nairobians to a private hospital to receive treatment.

He is also known for buying geometrical sets and other learning apparatus for every school going child in his constituency during their K.C.P.E examinations and even provides them with lunch during this period so as to avoid a situation where theyâ€™d have to go back home for lunch which would affect their focus as well as their overall performance. This act of philanthropy and parenthood forced one of his supporters, a mother of three to emotionally utter, â€œIt becomes difficult not to mention this manâ€™s name in your home if you have a candidate. He simply wades into your household through personalized gestures.â€

During holidays such as Christmas, Mike Sonko usually hires spacious venues where he hosts the poor and the old for Christmas parties. During these parties, several goats and bulls are slaughtered and everyone in attendance eats and drinks to their fill. He also does the same during the Ramadan period where he provides Iftar (evening meal when Muslims break their fast during the Islamic month of Ramadan) to Muslims in Nairobi.

When it comes to corruption, Mike Sonko has successfully fought several corruption cases not only in his constituency but all over Nairobi. The most memorable moment was in 2012 when he learnt of a land grabber who had grabbed public land in Muthangari, Lavington. Sonkoâ€™s involvement in this case was so controversial that he was framed to have physically attacked the Attorney General but these allegations were later dropped after the truth came out and the land was returned. In late 2012, Mike Sonko announced that he will join the race to become Nairobiâ€™s first senator and his entrance to the Nairobi senatorial race forced Fred Gumo, a former powerful minister of regional development who had been eyeing the same seat, to drop his bid and quit politics.

In his interviews just before he won the senatorial race, Mike Sonko promised to transform the city of Nairobi by creating a conducive environment both for local and foreign investors, who would in turn provide more employment opportunities for the youth in Nairobi as well as expand the tax base.

On March 7th 2013, Mike Sonko made history by becoming the first senator of Nairobi. In his victory speech to his supporters at the Nyayo National Stadium, Mike Sonko broke down to tears saying that he couldnâ€™t believe that heâ€™d garnered so many votes, he even termed the results as â€œmythical.â€ He was able to garner 808,705 votes against his closest competitor, Bishop Margaret Wanjiru of The Orange Democratic Movement who garneredÂ  525,822 votes. Â Mike Sonkoâ€™s 60% landslide win was soÂ intriguingÂ in that, he was able to garner more votes in Nairobi than Raila Odinga (691,156) and Uhuru Kenyatta (659,490), who were both running for the highest office in the land. The most interesting part about the March 4th election was that, Mike Sonko got more votes than six presidential candidates combined. He was the most popularly elected candidate outside the presidential race, thanks to the widespread support he enjoys from the rich, the middle class and the poor.

Mike Sonko decribes Uhuru Kenyatta as his biggest role model. When asked why, he said, â€I look up to him because the man is loved. Everywhere he goes, people fall over him. I envy him.â€ Mike Sonko enjoys a very close relationship with Uhuru Kenyatta and this was manifested in their 2012/2013 political campaigns where they used to ride in the same car all the time, they always arrived in rallies together. He is one of the politicians who still has full access to Uhuru Kenyatta.

He was once asked if he had any higher ambitions and he said that he wanted to be the president in 15 years time. â€œI will support Mr. Uhuru Kenyatta for two terms, then Mr. William Ruto for one term. Then I will offer myself for one termâ€

Mike Sonko is also a trained expert in land and real estate; he has a diploma in business administration from Muhimbili University Of Health And Allied Sciences in Dar es Salaam and is currently pursuing a degree in sociology.