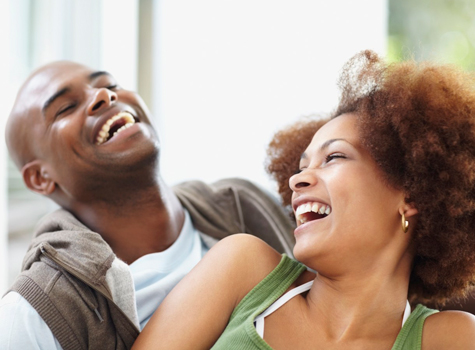 You can be right, or you can be married; take your pick. I canâ€™t remember who told me that, but I do remember that they were only half-joking. The other half, the serious half, is exceedingly important. This is why.

Many therapists arenâ€™t crazy about doing marital therapy. Itâ€™s complicated and messy, and it often feels out of control. In the worst case scenario, the therapist has front row seats to a regularly-scheduled prize fight. But I love to do marital therapy. Why? Maybe I enjoy the work because I keep one simple principle in mind: if marriage is going to work, it needs to become a contest to see which spouse is going to lose the most, and it needs to be a race that goes down to the wire.

When it comes to winning and losing, I think there are three kinds of marriages. In the first kind of marriage, both spouses are competing to win, and itâ€™s a duel to the death. Husbands and wives are armed with a vast arsenal, ranging from fists, to words, to silence. These are the marriages that destroy. Spouses destroy each other, and, in the process, they destroy the peace of their children. In fact, the destruction is so complete that research tells us it is better for children to have divorced parents than warring parents. These marriages account for most of the fifty percent of marriages that fail, and then some. The second kind of marriage is ripe with winning and losing, but the roles are set, and the loser is always the same spouse. These are the truly abusive marriages, the ones in which one spouse dominates, the other submits, and in the process, both husband and wife are stripped of their dignity. These are the marriages of addicts and enablers, tyrants and slaves, and they may be the saddest marriages of all.

But there is a third kind of marriage. The third kind of marriage is not perfect, not even close. But a decision has been made, and two people have decided to love each other to the limit, and to sacrifice the most important thing of allâ€”themselves. In these marriages, losing becomes a way of life, a competition to see who can listen to, care for, serve, forgive, and accept the other the most. The marriage becomes a competition to see who can change in ways that are most healing to the other, to see who can give of themselves in ways that most increase the dignity and strength of the other. These marriages form people who can be small and humble and merciful and loving and peaceful.

And they are revolutionary, in the purest sense of the word.

Because we live in a culture in which losing is the enemy (except in Chicago, where Cubs fans have made it a way of life). We wake up to news stories about domestic disputes gone wrong. Really wrong. We go to workplaces where everyone is battling for the bossâ€™s favor and the next promotion, or we stay at home where the battle for the Legos is just as fierce. Nightly, we watch the talking heads on the cable news networks, trying to win the battle of ideas, although sometimes they seem quite willing to settle for winning the battle of decibels. We fight to have the best stuff, in the best name brands, and when we finally look at each other at the end of the day, we fight, because we are trained to do nothing else. And, usually, we have been trained well. In the worst of cases, we grew up fighting for our very survival, both physically and emotionally. But even in the best of situations, we found ourselves trying to win the competition for our parentsâ€™ attention and approval, for our peersâ€™ acceptance, and for the validating stamp of a world with one message: win. And, so, cultivating a marriage in which losing is the mutual norm becomes a radically counter-cultural act. To sit in the marital therapy room is to foment a rebellion.

What do the rebellious marriages look like? Lately, when my blood is bubbling, when I just know Iâ€™ve been misunderstood and neglected, and Iâ€™m ready to do just about anything to convince and win what I deserve, I try to remember a phone call we recently received from my sonâ€™s second grade teacher. She called us one day after school to tell us there had been an incident in gym class. After a fierce athletic competition, in which the prize was the privilege to leave the gym first, my sonâ€™s team had lost. The losers were standing by, grumbling and complaining about second-grade-versions of injustice, as the victors filed past. And thatâ€™s when my son started to clap. He clapped for the winners as they passed, with a big dopey grin on his face and a smile stretched from one ear of his heart to the other. His startled gym teacher quickly exhorted the rest of his team to follow suit. So, a bunch of second grade losers staged a rebellion, giving a rousing ovation for their victorious peers, and in doing so, embraced the fullness of what it can mean to be a loser. When Iâ€™m seething, I try to remember the heart of a boy, a heart that can lose graciously and reach out in affection to the victors.

In marriage, losing is letting go of the need to fix everything for your partner, listening to their darkest parts with a heart ache rather than a solution. Itâ€™s being even more present in the painful moments than in the good times. Itâ€™s finding ways to be humble and open, even when everything in you says that youâ€™re right and they are wrong. Itâ€™s doing what is right and good for your spouse, even when big things need to be sacrificed, like a job, or a relationship, or an ego. It is forgiveness, quickly and voluntarily. It is eliminating anything from your life, even the things you love, if they are keeping you from attending, caring, and serving. It is seeking peace by accepting the healthy but crazy-making things about your partner because, you remember, those were the things you fell in love with in the first place. It is knowing that your spouse will never fully understand you, will never truly love you unconditionallyâ€”because they are a broken creature, tooâ€”and loving them to the end anyway.

Maybe marriage, when itâ€™s lived by two losers in a household culture of mutual surrender, is just the training we need to walk through this worldâ€”a world that wants to chew you up and spit you outâ€”without the constant fear of getting the short end of the stick. Maybe we need to be formed in such a way that winning loses its glamour, that we can sacrifice the competition in favor of people. Maybe what we need, really, is to become a bunch of losers in a world that is being a torn apart by the competition to win. If we did that, maybe weâ€™d be able to sleep a little easier at night, look our loved ones in the eyes, forgive and forget, and clap for the people around us.

I think that in a marriage of losers, a synergy happens and all of life can explode into a kind of rebellion that is brighter than the sun. The really good rebellions, the ones that last and make the world a better place, they are like that, arenâ€™t they? They heal, they restore. They are big, and they shine like the sun. And, like the sun, their gravitational pull is almost irresistible.