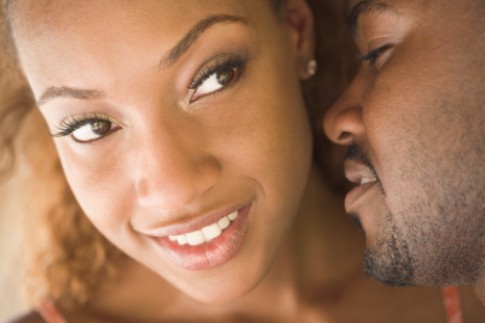 A couple on a quickie mission
The Gurdian.
A pill that provides a safe, effective and reversible method of contraception for men has been brought a step closer by scientists.

Researchers identified two proteins that can be blocked to prevent the launch of sperm cells from the testes during ejaculation. Knocking out the proteins in genetically engineered mice resulted in male animals that were completely infertile, though they continued to mate normally. A similar goal could theoretically be achieved by suppressing the proteins with drugs, scientists say. In fact, medicines for prostate enlargement and high blood pressure already exist that blocks one of them.

“This concept is indeed a feasible mechanism of producing male contraception,” the Australian and British researchers wrote in the journal Proceedings of the National Academy of Sciences.

A male contraceptive pill has been the holy grail of fertility scientists, but one that has proved frustratingly elusive.

Compared with developing a female pill, designing a male version is a far more difficult process. Most approaches have relied on hormonal targets or rendering sperm dysfunctional. One major problem is ensuring that every one of the millions of sperm cells produced by a man is stopped from carrying out its job of fertilising the female egg, because it takes only one sperm to produce a baby.

Tampering with sperm must also present no risk of altering an offspring’s genetics. In addition, a male oral contraceptive should ideally be readily reversible, and leave sexual function unaffected. The new approach appears to tick all these boxes, raising the prospect of a pill for men that is 100% reliable and can be taken when needed.

The two proteins, alpha1A-adrenoceptor and P2X1-purinoceptor, are both “receptor” molecules on which other agents act to trigger biological processes. Together they enable sperm cells to be transported from the testes to the penis through a muscular tube called the vas deferens, which contracts during ejaculation.

Deleting genes for the proteins produced male mice that were 100% infertile, wrote the researchers led by Dr Sabatino Ventura, from Monash University in Victoria, Australia. Importantly, complete loss of fertility in the “knockout” mice did not affect their sex drive or normal sexual activity. “This bypasses perhaps the greatest stumbling block in the quest for a socially acceptable male contraceptive,” the scientists wrote.

The mice appeared normal and did not suffer any side-effects that would make such a treatment unthinkable for humans. They were also able to father normal offspring, after having sperm extracted from their testes and injected into female eggs.

“Development of only a suitable P2X1-purinoceptor antagonist [blocker] is required before this pharmacological strategy for male contraception can be trialled,” they added.