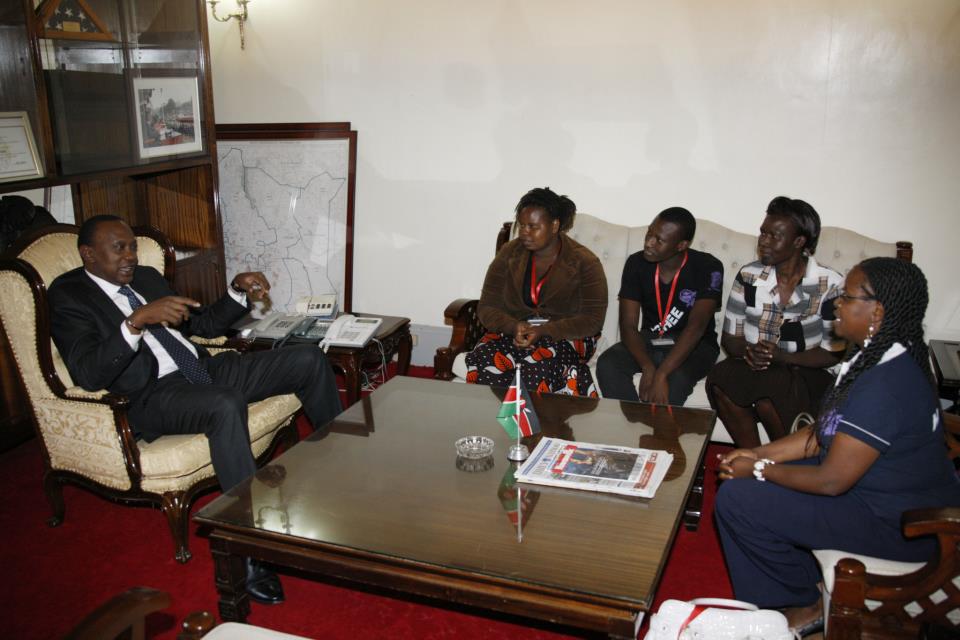 By: Kahawa Tungu via http://kahawatungu.blogspot.nl

The Sad Tale Of Deceit, Arrogance and Blind Fury by Daniel Owiraâ€™s Many Handlers

So Daniel Owira is now famous and according to his family (especially his elder sister), he neither needs his Principal at Highway Secondary School nor the drama teacher who literally dragged him from being a football player to drama which he never liked.

Daniel did well in drama and the play which he led in got a chance to perform for the President after emerging tops in the National Drama Festival. He impressed the guests so much that the President was seen on TV laughing like he has never laughed before. Clifford Ouma then got called by one Irene Choge of NTV that the station wanted to do a follow-up story and profile Daniel Owira. So Clifford informed the Principal and Daniel and the profile below was shown.

After the TV profile, State House called Highway Secondary school and said that the President wanted to meet Daniel Owira. 3 access vouchers were sent from State House and delivered to a Ms Muchiri who is a teacher at Highway. Ms Muchiri requested for another voucher. The vouchers were for Sister, Mum, Daniel and Ms Muchiiri. Clifford Ouma who made Daniel the great actor he is was nowhere in the picture.

Immediately after visiting State House, Daniel Owira sent an SMS to his teacher that he was going to do a Naivas Supermarket advert shooting in Karen. Clifford asked him about the schedule to appear on Churchill Live pre-show recording. He didn’t answer but his sister called CLifford back and asked him what he wanted from Daniel. She said that she is now managing Daniel Owira and Clifford should not insist on Daniel going where the sister didn’t approve.

This is the Naivas Advert where Daniel Owira featured

Immediately after that, Larry Madowo called Clifford and told him to stay away from Daniel that he (Larry Madowo) was now managing Daniel Owira. Clifford was extremely surprised at the turn of events. He just thought that he should keep to his lanes and he sure did. But the sad part is that the lines from the script are not Daniel’s but Clifford’s. So when they use lines from a piece Clifford wrote to make millions, it is only fair that they recognise the owner.

On Thursday, the Principal of Highway Secondary School called Daniel Owira. He was not reachable. Big Ted was in the school to pick Daniel Owira for the Churchill Show shoot. So the Principal reached Clifford Ouma who in turn called the sister. The sister made a call to the Principal and told him bluntly that Daniel Owira was going nowhere. The sister said that she had not approved the appearance on Churchill Live and understood the arrangement. Larry Madowo also called Clifford Ouma again to tell him to stay away from his client. He told him to go tell whoever he wanted to tell but Daniel Owira was not appearing on Churchill Show without his authority.

The sister later sent Clifford an SMS reading, “There is a big mischief behind Churchill Show.”Â

Larry Madowo called Clifford back asking him how Daniel appeared on the Naivas Advert, apparently Larry was also not aware despite being “the manager” of the young talent. Clifford told him that he was not aware. Larry told Clifford to even tell the Principal of Highway Secondary school to leave the boy alone.

Daniel called Clifford and told him that Larry was not his manager, but his sister was his manager. So it seems there is a fight between Larry Madowo and the sister to be the boy’s manager.Â

Please guys, stop using the sweat of someone to mint millions without recognising his input. Clifford Ouma is a jobless graduate teacher. Don’t do this to him.

Advice to Daniel Owira, look so that you don’t urinate, insult and be arrogant to the people whom you stepped on while climbing the ladder. You can fall down as fast as you did rise. Africans always recommend that “you don’t insult the behind” if you know what I mean. Be careful and handle the success in a sober and humble manner. Let success not turn you wild.