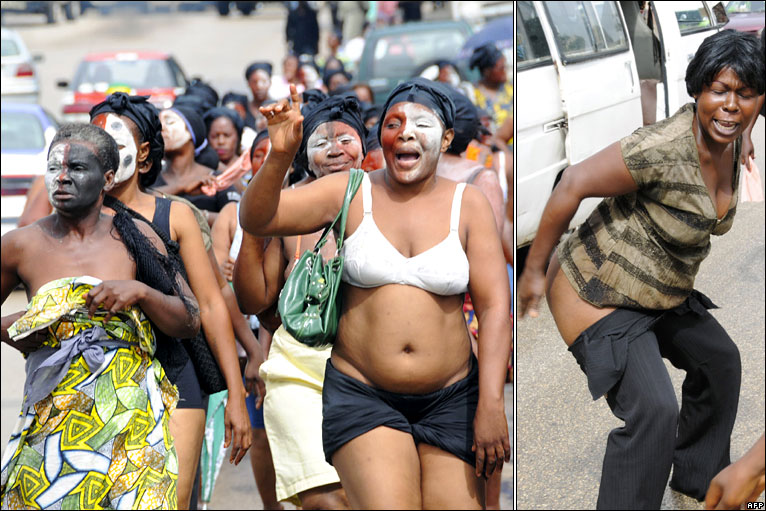 By Amazing Julie
â€œDonâ€™t lose the cherry, honey child.â€every thoughtful mother said to their girl child. â€œYou gotta wait until Prince Charming comes along. You will know he is the right one to give that treasure to. And preferably you will be married to him by then.â€ And so we held onto the cherry for as long as we could.

But finally at some point we lost it. Perhaps in an awkward fumble in the banana plantation. Or at some high end bed and breakfast. We finally did. And for most girls, it was a huge disappointment. Was this what it was all about?

Was this the fruit that we had been forbidden for so long? That we had saved ourselves forâ€¦ Many fumbles later, borne with great distaste and awkwardness and disgusting groping, and sometimes just a whiff of â€œoh almost got thereâ€ ecstacy, we became accustomed to just giving in.

Perhaps the guy had begged for a month. Or by terrible luck you had gone out with the wrong toad and he refused to take you home and you ended up in his room and he begged and begged and begged until you just gave in to stop the incessant irritating nagging pleading and just wanted to sleep off the boozeâ€¦

Oh, sex in the 20sâ€¦a horrible nightmare for so many women, so disappointing,encompassing none of that fiercely tender wholehearted surrender that was in the romantic movies, that moment that would last a lifetimeâ€¦just not thereâ€¦ Fastforward to 35 and overâ€¦now, this is a major milestone for women.

Yes, the genteel magazines call it the ladiesâ€™ sexual peak. But letâ€™s not get too sentimental. Whatâ€™s a fact is that at 35, ladies suddenly have bodies over which they have no control. They are lunatics. They have hormones. And they want to have constant sex.

But oh look, by the time, ladies actually want to indulge in that fire, they are probably into their fifth year of marriage and they have two children and they have husbands that have settled into a routine.

A routine thatâ€™s not satisfactory by most standards. Well, some of you will say that good partners can work things through. But you just donâ€™t get it, do you? You men, want to assume that you can completely satisfy that woman, while in truth, you canâ€™t. You had your raging moments when you were eighteen. And now itâ€™s too late.

You donâ€™t have the ability to satisfy that woman. Yet, you the holy Joe, seriously believe that, your woman must not step out on you. You do not see that she has a need. A need that must be satisfied. A need which I must here stress that you are unable to satisfy because you, dear dear man, peaked at eighteen, and pursued every skirt and are worn out.

You are not up to the task. Now what does genteel society dictate? That the woman must restrain herself and tame those raging hormones. Never mind that it is a biological need. Never mind that you no longer satisfy her.

You donâ€™t have the ability. Never mind that she doesnâ€™t have the ability to control herself. Guys, you understand, you were there at eighteenâ€¦ I have seen so many of you, dear friends post stuff on how the world is ending, because women, horror of horrors, married women hide their rings and go in search of sex outside marriage.

And you in your holier than thou attitude, shout loudest. What is wrong with married women? I skim through your posts. And I see that you are still young. You are in your 20s. And I thinkâ€¦oh shiiit!

Another innocent soul that doesnâ€™t understand that married women are trapped in their changing bodies and must just have itâ€¦they must satisfy that oh so waaaaarrm fuzzy feeling in the furâ€¦you feel me? Itâ€™s crazier when a husband and wife have a long distance marriage.

And that waaarm fuzzy feeling turns up religiously every month, and wants to be scratched soooooo bad and thereâ€™s no one to do so. And yet you still insist that that woman who is not in control of her body, who has the raging disastrous hormones of an eighteen year old boy, must control herselfâ€¦.or you the man are right there, but you have been working hard at your corporate job and are all stressed out by your new responsibilities and just want to sleepâ€¦and your 35 year old lady turned 18 year old boy is staring at youâ€¦willing you to hold her, and you donâ€™t have the energyâ€¦and the 23 year old boy next door is having a go at his latest girlfriend and you can hear the mmhs and oohs through the paper thin apartment wallsâ€¦and you just donâ€™t have the energyâ€¦ Again, I ask, why arenâ€™t married women of a certain age allowed by society to step out and satisfy their needs? I stress, itâ€™s a need, not a wantâ€¦