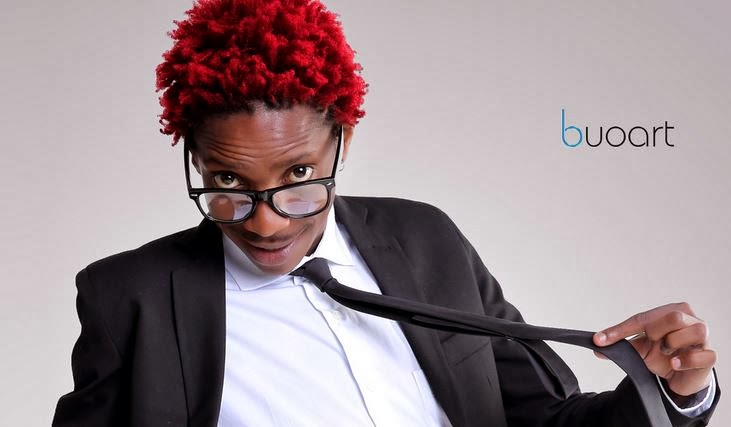 If you want to become a comedian in Kenya, it is very simple. Just browse the internet, identify two jokes and copy paste them unexpurgated. Cram and perfect on them to make them your own and youâ€™ll be done.

Frankly, the rate at which Kenyaâ€™s preposterous comedians are upshifting is telling. Thanks to the internet and more specifically Facebook for its flood of free jokes.

Legitimately, many Kenyans are vexed by the poor quality of Kenyan comedy. Sure, me too. I do not want to be misconstrued as being hypercritical over our comedians. Sincerely from the bottom of my heart, there is nothing merrymaking about their jokes. The unhappy truth is that when I listen to them, I can readily confirm that there is nothing to smile about because everything about their jokes is melodramatically orchestrated. When they perform, I am always impervious to a sick tale the local comedian tells in the name of a joke.

As a matter of fact, it is nothing but just a tale of the tub. It is worth pointing out that Kenyan comedians are bankrupt of jokes and they will soon cross the Rubicon. They are strikingly deficient in self-made jokes and none of them is self-propelled. Facebook regurgitation is what they are proficient at. Perhaps, some of you might dredge up some outrage over my message. Nonetheless, I wish to make it clear that I acknowledge everyoneâ€™s freedom of feeling.

For espousers of the notion that I am giving international comedians far too much importance, I beg your pardon but I must give a piece of my mind. Before anyone goes ballistic and starts sticking his rhetorical knives and verbal bayonets in my eyes, I wish you to approve of the fact that when love and skill work together, you expect nothing but a masterpiece. Our comedy encompasses no love or skill. Our comedians know no jokes.

Itâ€™s pure common sense that Kenyans have successfully medievalised comedy. The internet beautification jokes are carried by our local comedians and higgledy-piggledily dumped before ourselves. Nonetheless, albeit most of our comedians are implausible, not all are nonsensical. Some are zipping up and not all their stuff is baloney, smelly and vulgarized. Some comedians are worthy listening to because they add spicing ingredients that brings out the verisimilitude in their jokes thus making them striking.

A Night of a Thousand Laughs is an event that is held in Nairobi after a period of time. The event attracted Africaâ€™s finest comedians â€“ with Kenyans included. During the previous events, comedians from other countries â€“ especially Nigeria â€“ proved us wrong by staging real comedy.

Eric Omondi did quite well given the fact that he has already the hearts of home audience. Nigerians were meritorious. Gordons and Basket Mouth and Klint the Drunk mercilessly disarmed Kenyan comedians by sending them back to the drawing board. Perhaps the only Kenyan comedian who deserved a high five was Erick Omondi. Of course, the rest deserved high fives as well, but, on their faces. They deserved high fives for being ridiculously impractical and lacking veracity. Lack of whimsical sense of humor rendered every joke in them unmanworklike.

Important to say, a few Kenyan males are trying to catch up with their international comedians unlike their counterpart females who have no idea at all. As a real Kenyan man, I chivalrously treat all women with respect but on this one of comedy, I beg your pardon if my predication goes down unwell with you â€“ you have no ideas.

At least, Uganda has one memsahib Kansiime but Kenya has none. If you want to become a comedian in Kenya, it is very simple. Just browse the internet, identify two jokes and copy paste them unexpurgated, cram and perfect on them to make them your own and youâ€™ll be good to go. From there, do as our culture dictates â€“ look for a stepping stone, do the necessary and next youâ€™ll be on television as a superstar.

If you happen to host a local comedian in a national television and ask him to crack jokes, you can be with precision predict his next â€˜jokeâ€™ if not the tribalized joke of Luos this, Luo that, then itâ€™s about Raila this, Kibaki that. He will be rotating on a few jokes he has been cracking because it is the only thing he knows. If you host a Nigerian, you will not even ask for the same, jokes will flow naturally. Thanks to the behest of his creativity.

My fellow Kenyans in acting fraternity â€“ especially those in standup and silent comedy or Just for Laughs as they are well known â€“ I wish to remind you that a watched pot never boils. Kenyans are tired of the unentertaining stuff that you call comedy. Stop copy pasting roaming jokes from the internet and dumping it in our audience. Kindly sit down, take your time, do painstaking research and come out with something sensible. Come out with something that can successfully go beyond our borders and render people thirsty of more.