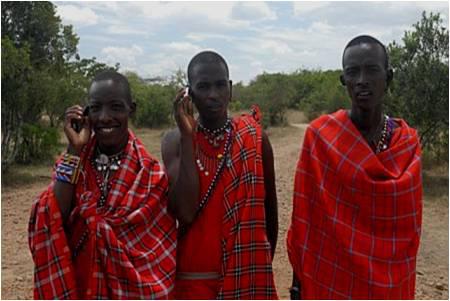 I was born and brought up at Mukuru kwa Baba and i know the settlement better than Kerubo knows people, but i have never quite understood why our village is so obsessed with this name Baba. Our all time favourite football player remains Babayaro, decades after he retired. Currently, the names that are on every Mukuru kwa Babian’s lips are Barbatov and ~ to a certain extent ~ Demba Ba. The women in our village who dream of one day being the mother of a President do not name their babies Obama, they name them Babangida. Even our favourite musicians ~ Papa Wemba and Onyi Papa J ~ bear a variant of this name, and so does our favourite actor Papa Shirandula.

Ordinary folk in the village have not been spared this Baba craze either. My barber is called Baba Boi. Baba Boi has been a mystery of sorts ever since he set foot in our village a couple of years ago. Mama Moi, our ‘one woman village news agency’ whispered to me that contrary to what he tells us, Baba Boi is neither married, nor does he have a son called Boi. Unlike Mama Moi whose son Moi i have seen grow up in the village, Baba Boi’s boy has never set foot in the village.

The village grapevine has it that Baba Boi was born Sseremala Sserenkuma and his dream was to become a Carpenter-cum-football player, but when his father passed on and he was forced to drop out of school to run his father’s barber shop, he was compelled to change his name to Barber Boy to reflect this change in his career path. No one is certain though, which between Baba Boi and Barber Boy are the names on his national Identity Card and because i am not Mama Moi, i’ll not dwell on speculation and gossip. I’d rather focus on the subject ~ the name Baba.

Because of the very low penetration of electricity in Mukuru kwa Baba, Baba Boi’s Barber shop ‘The Cutting Edge’, also doubles up as the village technology hub where we all charge our mobile phones. It is here that i noticed the kind of monopoly that the Fatherstan Phone giant Baba PLC enjoys in our Village Market. All the best selling phones at Mukuru kwa Baba, for the last fifty or so years have been Baba phones. Each phone has had mixed fortunes in the market, but they remain the absolute favourite with most Mukuru kwa Babians. Below is a critical review of the five handsets that have dominated this market.

Being the first BABA phone to hit the Mukuru market, this phone was billed as the ‘new dawn’ in Mukuru’s telecommunications arena, but it turned out to be a huge disappointment. Its greatest undoing was that it operated only on the Taifa Tarrif which had the tendency to grab huge swathes of airtime without the user’s consent. It also came with the M~Kifo feature that would cause instant death to users who did not sing its praises before, during and after every call. Further, its network signal became weaker with every step that a caller made away from Mt. Kenya, where all its signal masts were located. It had an annoying expletive laden ring tone that could send shivers down any user’s spine every time it rang. Unless a user spoke in the Company prescribed language, it was extremely difficult to sustain any meaningful conversation. This was in addition to a factory set feature that did not permit calling or receiving calls from phones by rival companies. It was particularly hostile to calls emanating from the fishermen residing by the river across from my house.

Apart from Baba PLC moving the signal masts from the Mountain to the Valley, the Telecommunication giant ensured that the Namama 7802 literally followed the foot prints of the Taifa 6478. Some commentators even called it a clone of its predecessor because it retained most of the features, save for the language. It retained the Taifa Tarrif, the M~Kifo feature and the spine chilling ring tone. The language was different though because it did not recognise the letter ‘K’. To be understood, a caller who wished to say “Kijana leta Kitambulisho na Kitu Kidogo”, would have to say “Ghichana leta ghitambulisho na ghitu ghidogo”. Because its reception in the Mukuru kwa Baba market was lukewarm, BABA PLC launched an aggressive sales campaign driven by a sales team they named YK Jelly 92 whose overly nosy salesmen clad in blood red shirt adapted the ‘Mpende Msipende’ sales strategy. The BABA Namama 7802 ruled the market for 24 long years before Baba PLC rolled out a game changing master piece, the BABA Jimmy 0213.

Now, this is where Baba PLC put on their thinking cap and upped their game. This was probably because market dynamics dictated so. Cheaper and better quality phones from rival companies were claiming a stake in the lucrative Mukuru kwa Baba mobile phone market so aggressively that the Research and Design team at Baba PLC were left with no choice but to come up with a much better handset in the BABA Series. Its arrival in the market a decade ago was greeted with such enthusiasm that Mukuru kwa Babians were rated the most optimistic phone users in the world. However, this optimism would soon turn out to be misplaced because no sooner had the BABA Jimmy 0213 hit the shelves than the users realised that it was a chip off the old block. First, Baba PLC moved the signal masts back to the top of the mountain ostensibly to improve the signal reception, before changing the language settings to those that were used previously by the BABA Taifa 6478. Next the company activated the Taifa Tarrif that proceeded to grab huge sums of internet bundles from phone users. Being a smart phone, the Jimmy 0213 did not go for the more obvious airtime, but it grabbed valuable bundles from users never the less. So much that some commentators dubbed it ‘the mute mugger’. The Jimmy 0213 excited the market with the hands free feature that allowed it to grab the bundle without having to take the blame for it.

The BABA Jimmy 0213’s time at the helm is clearly coming to an end with the arrival of two new phones that have had Mukuru kwa Baba tongues wagging continuously for the last couple of months. Both are by the Fatherstan telecommunications behemoth Baba PLC and both are still at the trial stage, but only one of them willÂ  be released to the market after undergoing rigorous quality assurance tests. These are the Dr. BABA 1322 and the BABA Taifa 0000 which is essentially a smaller more portable version of the BABA Taifa 6478. These two phones shall be the subject of the next instalment of this review. Mukuru kwa Baba Mobile phone users are therefore better off staying tuned here for a thorough and objective head to head analysis of their features, prices and such other details.