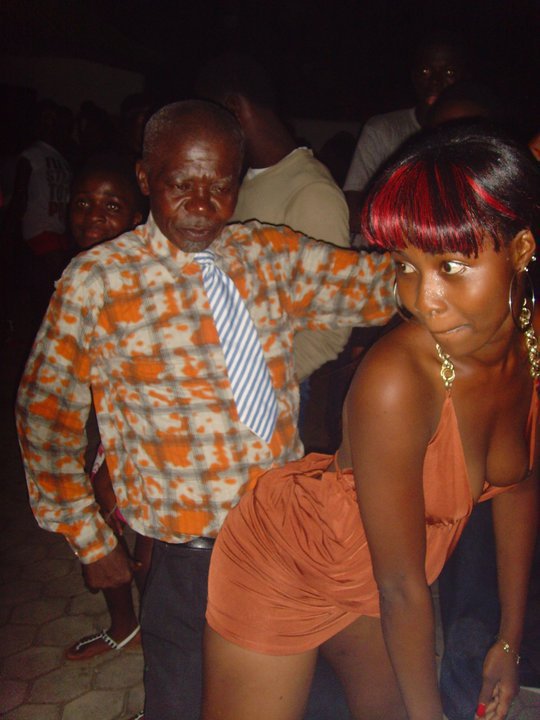 I once telled you that my first ever job was when I was written as a cooker. Later, I was promoted to a waiter position at a bar and restaurant and lodgings in Dadora Phase 5 that was owned by one Kamahuha the late. That was right after I finished high school as I waited for exams to remove. Like I telled you before, I was removed from the village after I started associating myself with boys that were drinking bangi and climbing peoples of owners in the village.

I have telled you a few stories about my waitering days, but there is one I have never telled anyone because of the fear it evokes and the love of wanting to forget that incidence. Its not something you want to remember often.

Among the regular patrons in that bar, restaurant and lodging place was one guy, quite old, like thatefae ivi, that used to come with a persons who was my age mate. Yellow Yellow. She had cleared school same year as me but was born tao, so she knew dogogio and men unlike shags persons who know it once they become pupils of MKU. It used to pain me though, seeing young persons getting climbed by old men, something I used to refuse to know why.

I liked serving them coz I used to thief them when they got drunk. In their head, they were thinking because I was small and new, I couldn’t thief bill like what experienced waiters did.

At times, he would come, drink two at the bar, then go to room to climb and then order room service after that. One time when I was offering them room service, I found the persons had just removed from bathroom, as she was born. long bean!. Let me tell you, I have never ukiad like that. Tree stretched until knee and did not sleep for the lest of the night.

The image of the long bean also did not leave my head until she came to the bar again with that old man. My head went bonkers again when I imagined that long bean and tree tapping tapping it. But I knew it would not be easy to climb. When you were scratching bells, only can be given out of being felt mercy.

When the ‘oldie’ went to latrine, I went and telled her that I wish to one day only insert only head and I will be contended for life.

She smiled and telled me that she has also been thinking of giving me because she also likes me and more, she likes the size of my zig because she had seen it from 18 when I had ukiad. She telled me to make a date and she will put legs at 180.

We continued to joke small small for days and in head, I believed one day, zig will sleep inside.

One day, they were drinking. she telled her that old man that she had been drunk piu piu and wanted to go sleep. She was okeyed to go, to be joined later as the guy was left finishing his drink.

AS she was taking the small stairs, she met me standing there with tray and opener. I looked at her and the long bean image reappeared in my head.

I looked at the table of the guy and had one unoppened White Cup. Satan whispered to me that an average man takes 30 minutes minimum when drunk to finish a full bottle.

In drunkedness, she telled me to go to her room I climb one quick one. A room that her guy had paid. And the guy, being friend of Kamahuha and Mwenje, also used to own a gun.

But when tree has stretched, head stops thinking.

I gave my tray to a fellow waiter and telled him my plan. I telled him that I am going to employ him to guard that man so that incase he sees him waking up, either to go to latrine or to room, he rush up faster to notify me. I telled him I will pay him 50 bob. Back then there were no mobile phones ati he could flash.No.

He telled me that I was risking to have a pullet planted on my head but nevertheless, he will guard him.

I went upstairs until her room. She had already removed all clothes. Because of fear, I only downed trouser small, then twaff twaff, as usual, 10 seconds of fame. Makobosto is not mentioned and its not unintentional. No makobosto were present.

I made that a habit until I stopped employing fellow waiters to guard him. I only ensured he had 2 beers on the table.

One day, he had 4 beers. Head telled me that I will climb two jotis, one of ten seconds and the other one of one hour. Back then, I could manage more than one joti.

Just as I was teasing teasing long bean with zig zag so that she ukias well, I heard the door knob twisted. Then knock and then a loud voice of “Njeri, hingura”

The guy entered and as he was removing clothes, a gun fell until almost under the bed where I was hidding. I saw a hand browse through, almost touchng my naked body and picked the gun.

Small, the persons was being made to say mbus as she received tree of that man. As she was being to say mbus, in my heart, I was saying mbus of being whipped.

My heart that time was beating louder than loudest boom boom music. Occasionally, he would pause and ask why they are putting loud music in the bar. But it was my heart beats.

Although it is easy to enjoy to hear people climbanaring, this one, and I think it lasted 10 minutes in real life, in my head, it lasted eternity. I refused to know how a full grown ass man can last hours as if he has nothing else to think about. in this hard Nairobi life.

Another sad thing, I had Flu and cough. Small, I could hear like to cough. I would suppress it with all my remaining energy until one time it wanted to remove itself by force. I negotiated with it and negotiated until it agreed after telling it if it coughs, it will never cough again ever.

Another sad thong, due to more fear of being shot, I diarrhead and urinated small until he asked why the latrine was not flashed.

After waiting for eternity to be shot, I heard snores snores coming from up. The guy was now deep sleep. The persons did a test “wake up wake up honey”. When she was sure he cant wake up, she rose up and opened the door. I crawled out of the under until out.

When I was out, I found almost every waiter, cookers and all workers and the manager at the corridor. Seeing I was alive, although wet with urine and diarrhea, the manager telled me to hand over my float and any other thing of that company and telled me I had been rubbed ther there.

From then, the only persons of owner I can climb is of Theuri. Any other, let me not be able.

But I learnt a lesson: All rich men climb one joti and falls asleep. Many jotis of for scratchers and those who have nothing important to think about.

PS: Dear Njeri, if you want a reunio/rematch to complete what we started, even if you have many babies like how, as long as the long bean is still instact, my number is on my profile. Call me.

Snr. Gyno & COOJ (Climber Of One Joti)
(Because I dont Get Paid To Climb Many).