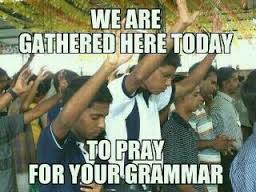 Mugo and Dikembe were neighbours……
Mugo was a neighbour to Dikembe and all were working in Blog zetu a writers company linked to Facebook and twitter.

Mugo was a person who wrote huge childish mannerless and hectic stories but Dikembe wrote just a sentence
which made much sense…….Dikembe
according to their boss Madam Zani was a handsome guy…….but Mugo was a short fat dwarfed brained gay who could not make a lady smile…..he had grey beards and his mouth was full of diarrhoea……as days went on Dikembe
due to his sharp mind in class won a scholarship and flew to USA…….Harvard university to be precise……

So days went on until one day….Mugo could not understand what his rival meant in a sentence…..Mugo became a NUGU Mugo due to his slow capture in English went on full air showing his primitiveness…….

Mugo a herbal medicine doctor…..became mad….thought some British English Dikembe had delivered in a speech was hate speech…..he ran wiled swirled and milled left right mbele nyuma and ended up fixing Dikembe in court. In the process of looking for judges he ended up getting one who could understand his poor grammer….yes he got Judge Nderish after judge otis,Kilonzo,Onyango could not understand the shrabing and poor English capture which sounded like Nderish and together they set charges for Dikembe……who they jailed for a day but when non shrabbing learned judges heard the case with help of Oresh they released the Dikembe who is our hero today…