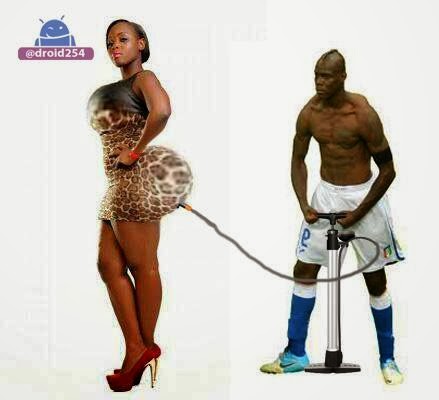 1.Mutura: is a Kenyan delicacy resembling sausages, it is also what people in Nyeri used to call the late Education Minister the late
Mutula Kilonzo
2. To you, Mascara may be make up but to a Luhya it means many cigarettes.
3. Marijuana is a drug but to the Kikuyus it also means they knew each other.
4. The Hobbit is a movie but to the Kambas it is a chewing gum.
5. Ukali means bitter or harshness but to a Luhya it’s food.
6. Federer is a tennis player but to Kikuyus it also means a flag.
7. L is a letter in the alphabet but to Kambas it is also the place where sinners will go.
8. Choice is not only an option but to the Luhya it’s a girl’s name.
9. Bull is the male species of a cow but to a Kalenjin it’s also a place where people like Dunford swim.
10. Sack is a bag type used for luggage but our Luo friends unmistakably enigmaticaly with utmost flamboyance know it’s a sea mammal with sharp teeth.
11. Hyundai is a car and it’s what happens when you take poison in Ukambani.
12. Sota in sheng means to be broke but to the Luhya it’s a beverage.
13. Yana is a tyre brand but to the Kambas it means yesterday.
14. Paper is writing material but to Kisiis it means to carry [beba]
16. Parrot to Kisiis is not only a bird, but the box we used to cast our votes into at the March 4th General Election.
17. Chuka is a town in Meru county but to the Nyeri people it means to “alight”!
18.Papa is not only the Pope or the shark but also Swahili for father as per the Luhyas.
19. Bomboo is a kaya among the miji kenda but to Kalenjins its means Form four…
20. KARI is an agricultural research institute in Kenya but its simply a
car to most Kalenjins.