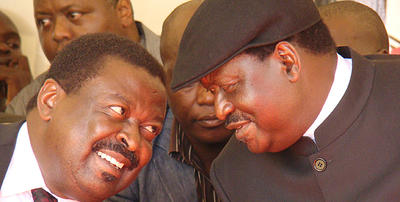 By Onyinkwa O via FB

Here are 5 amazing facts you are unlikely to know. Number 3 will shock you!

1. Former Kisii County Senator Hon. Chris Obure was the first non-Luo player to play for Gor Mahia FC. This was back in the day he was a Bachelor of Commerce student at the University of Nairobi.

2. William Ruto’s dream back in the day he was in Primary School was to join Cardinal Otunga High School Mosocho of then Kisii District upon completing his primary school studies. This, he revealed in a newspaper interview a couple of years ago.

3. Allan Wanga and Gladys Wanga are neither siblings, nor even from the same ethnic community. Further, neither of them belongs to the Wanga sub tribe of the Luhya Community!

5. The first Senator of Homa Bay County was called Otieno Kajwang’. The second and current Senator of the same County is also known by the very same name ~ Otieno Kajwang. The two share more than just names and positions. They both came from the same scrotal sac, albeit different wombs