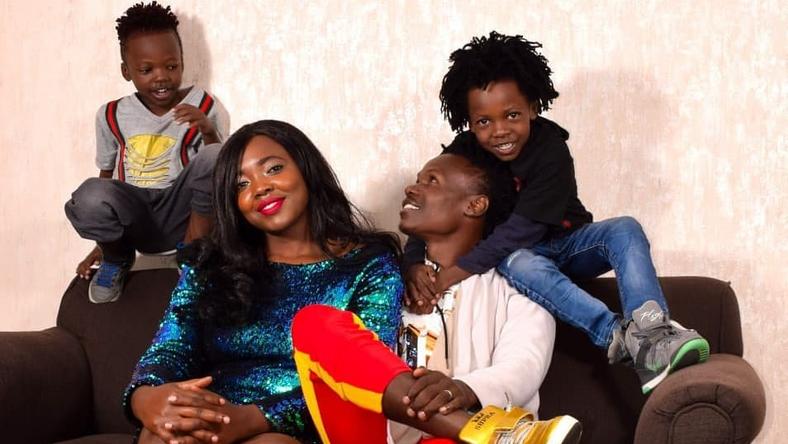 Rumors always spread faster than the truth,some people spread rumors as a way to intimidate others and gain status or popularity.

Towards the end of last week, news went viral that  Kenya’s award winning gospel singer Eko Dydda  allegedly kicked out his wife Cynthia Ayugi aka Galia and their two son’s Keep It Real and Am blessed, on claims of infidelity from the singer’s side.

However, vidole hit maker has rubbish  infidelity claims and throwing out his family .

Eko stated  that he is in very good terms with his wife and people should not believe the rumours being peddled around to tarnish his name.

“You know me. I cannot dare do all that which is being alleged online. My wife and children are with me, and I do not know where that bad rumour came from. I, however, leave it to God to fight for me,” Eko Dydda.

The father of two also disclosed that his  sons will be heading to Qatar to represent Kenya in the Under-9 Championships.

“My sons and wife are not homeless, they are happily living with me. Keepitreal even won a medal a few days ago playing football and he is heading to Qatar with his six-year-old brother to represent Kenya in the Under 9 category,” said Dydda.

Recently, the love birds graced the cover of Parents Magazine where they shared their love story.

Eko disclosed that he is a victim of true love as since he married his wife, he has experienced nothing but true love.

A few people know that Eko Dydda is married and has two handsome sons who have already joined the music industry at a tender age.