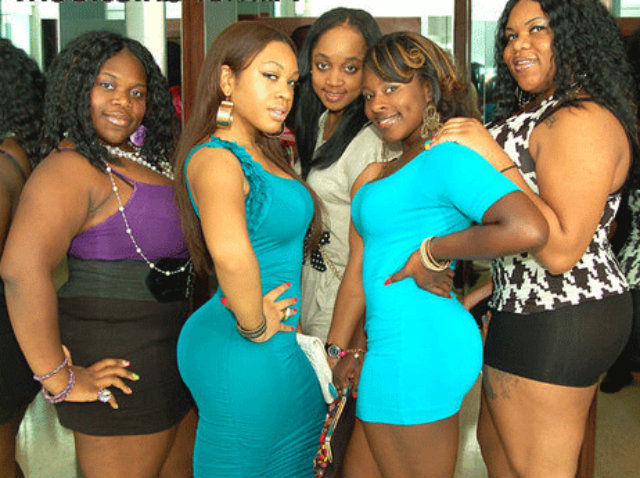 By Philip Etemesi via Mwalii
Guys guys guysâ€¦let me tell you something. If youâ€™ve never dated a â€˜momoâ€™ or even contemplated doing so, you are missing out on a feeling so wonderful. A feeling that can only be compared to the one the Tuaregs of the Sahara desert used to get when they discovered an oasis.. We live in an era where slim chics are adored and glorified to the point of absurdity. Women are making gym owners rich just because they want to get perfect figures- a move which is not a necessity.

Not any man can date a plus size woman. You have to be a â€˜lionâ€™ kind of guy to effectively handle a big momma. A lion loves flesh and the bigger they come, the more the flesh youâ€™ll have at your disposal.

Contrary to popular belief, a â€˜momosâ€™ arenâ€™t fat women. They are just huge women with well-packed assets. They have the curves and they do come in all the thick flavors including cream, caramel, nutella, berry or dark chocolate

There are countless benefits of dating a plus size woman. I, personally have dated and interacted with several of them and I must say, I love their personalities as well as their unsung skills. This isnâ€™t to say that you should ignore skinny women. All women are cool in their own ways but today I am am activist for â€™momosâ€™ .

Chubby ladies give you an epic experience in bed. By the time you are done, you feel like John Cena after a two hour wrestling match with The Big Show. You feel like you deserve a medal. It feels like a medieval adventure in which you are a warrior in a battle field fighting Roman soldiers. Many Kenyan men will agree that they are awed by the sight of a clotheless voluptuous mamacita rather than Miss Bones. â€˜Momosâ€™ can serve up everything you want better than KFC, from breasts to thighs. Everything comes in great quantity. They are also more fun to cuddle and caress. The warmth they generate is like that of a thousand dollar Louis Vuitton duvet.

You need to have the stamina though. Lifting and turning such women requires real effort and energy. Thatâ€™s why you have to be a lion. But donâ€™t worry if you are just a cub. You can still train yourself to be a lion. Get yourself a â€˜momoâ€™ and start practicing.

â€˜Momosâ€™ donâ€™t have the skinny chic B.S of going without lunch and supper in the name of slimming. Itâ€™s a proven fact that women with more flesh have a great passion for delicacies. They like talking about food, cooking, frying, baking, eating or dining. A man loves taking a woman out knowing she will order exactly what she wants and will finish her food. Not wasting money or food! Iâ€™m sure many guys have gone through the agony of buying an expensive meal for a chic and she ends up eating two spoons only. Then she hist you with that annoyimg statement that goes, â€œWoiyee..aki nimeshiba babe.â€

Momos are less concerned about appearance

Chubby women tend to put in more effort on their personalities rather than their physical beauty. A big momma relies on her wit, personality, and character to keep you interested outside the bedroom since sheâ€™s aware you might start staring at the ndogo ndogos.

On the other hand, dating a plus size woman improves your appearance as a man. You will be required to work out and strengthen your body to handle your business in the bedroom. The concert exercises greatly improve your body shape.

Up to the 1900s, thick women were the pin ups and objects of sÃ©xual desire among noblemen because nature dictated that the fuller the femaleâ€™s figure, the more fertile she was; and the more likely she was to produce quality off-springs. Width was highly valued.

Today, many women have succumbed to the pressures of the social norm that slim is synonymous with attractive. This not entirely the case. We men cannot help but love â€˜themâ€™ curves and thick zones because it is in our nature! SO pave way for big momma. Ro0ll out the red carpet. MOMO WINS!