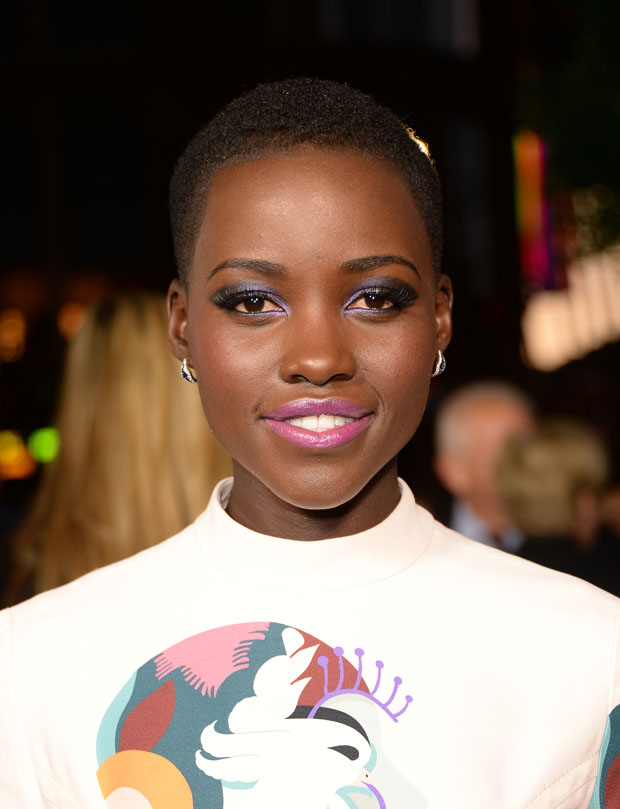 Kenyan actress Lupita Nyongâ€™o became the new Hollywood â€œIt Girlâ€ after she played the object of cruel affection in the movie, â€œ12 Years a Slave.â€ Since her role as Patsey in the movie released last year, sheâ€™s made rounds in fashion magazines, hobnobbed with celebrities and is considered a breakout star.

As the awards season begins, here are 10 things to know about the statuesque actress with a flashy smile and almost flawless fashion sense.

She straddles many worlds: Nyongâ€™o was born in Mexico when her Kenyan parents were in political exile. Her family later returned to Kenya, where she spent most of her childhood. Her first name, she says, is the short version of the word â€œGuadalupe.â€ She later went to the United States, where she got her undergraduate degree from Hampshire College in Massachusetts, and later graduated from Yale School of Drama in 2012.

She has a connection to Obama: Nyongâ€™o is a Luo, the same tribe as President Barack Obamaâ€™s father.

Sheâ€™s multilingual: In addition to English and her native Luo, the actress speaks Spanish, Swahili and conversational Italian.

Sheâ€™s been a star-crossed lover: Her first big acting break came when she was 14 and played Juliet in â€œRomeo and Julietâ€ at a Kenyan theater. â€œThat was amazing â€¦ since before that I had been a village girl at a school show,â€ she tells Arise Entertainment 360. â€I just came to life on stage, I just loved it so much.â€

Sheâ€™s also a TV star: Before her big movie debut, Nyongâ€™o was a regular on the Kenyan television series â€œShuga.â€ The series, produced by MTV, was a hip portrayal of contemporary Kenyan youth aimed at spreading HIV awareness. It was so popular, it later aired in various African nations.

This is not her first brush with an international movie: As an undergraduate, Nyongâ€™o worked on the production crew of â€œThe Constant Gardener,â€ starring Ralph Fiennes. The movie, filmed in Kenya, became a turning point for her. Fiennes made her realize her passion when he told her to only get into acting if she feels that she canâ€™t live without it. â€Itâ€™s not what I wanted to hear, but itâ€™s what I needed to hear,â€ she says.

Sheâ€™s had her signature crop for years: Before settling for her trademark short hair, Nyongâ€™o went through the usual hustles of finding a hairstyle that works for her. â€œI got fed up of going to the hair salon. I just wanted less time grooming so that I could get more stuff done.â€ At age 19, she shaved off her hair. â€œIt was so liberating,â€ she says.

She had to go deep for her role: Nyongâ€™o gives an emotional, raw performance in â€œ12 Years a Slave,â€ a movie set in the pre-Civil War United States. Itâ€™s a story about Solomon Northup, a free black man who is kidnapped and sold into slavery. Their tyrannical master has an unhealthy obsession with Patsey, her character. Suicidal, she copes by working harder than everyone else in the cotton fields and forming a close relationship with Solomon.

Sheâ€™s an awards darling: Her intense role as Patsey has earned her rave reviews and a slew of nominations. They include best supporting actress for the Golden Globes and Criticsâ€™ Choice movie awards, and a Screen Actors Guild Award for outstanding performance by a female actor in a supporting role.

Youâ€™ve not seen the last of her: Her next movie, â€œNon-Stop,â€ features Liam Neeson and comes out on February 28.