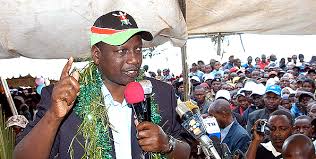 Allow me to say that I am not an expert in Kenyan political goings. I am also not a product of Nairobi Political School of Thought. Having said that, I must confess that I am deeply patriotic Kenyan. I was born and raised a minority in Nyanza Province of Kenya, my people ( Suba) being victims of colonization and cultural triangulation for three hundred years.

I am Luo by default and a proud member of the community. Still, I am deeply objective in analysis. Today, I want to take this opportunity to compare Luos with their Nilotic cousins from the highlands: The Kalenjin. For the sake of clarity, I would like to define terms.

First, there is no such thing as Kalenjin except for political reasons. The Kalenjin is an amalgamation of approximately 12 communities in the Rift Valley. All of these communities have distinct histories and culture.

Kalenjin is a creation of Kenyan ethnic political calculation. Because of this, I will ignore the non-existence of such entity and use it in this blog entry. The Luos is still the second biggest single community in Kenya after the Kikuyu.

The Luhya and Kalenjin have the same disease of non-existence political creations. In the greater East Africa, the Luos emerge number one as the group with biggest population Tanzania, Uganda included with a population of approximately 8 million people.

Even with their big number, the Luos have been eclipsed with the Kalenjin in the pursuit of power in Kenya. In total, the Kalenjin have been in power for 24 year under Daniel Moi. They also have a guarantee of another 5 half years under the Jubilee Government.

The Luos on the other hand are children of opposition politics. The only time the community was in government was the five-year of Grand Coalition government and the 3 years of post independence government under Kenyatta and Oginga Odinga. The total is 8 years. This means that save for some featured appearances, for 42 years, the Luos of Nyanza have been out of government in one form or another.

But this is not my point, the problem here in not being in government. The point is political maturity. Can one argue that being in government is an indication of political maturity? I won’t make that case. But the case that one can make is that in war, rules are rules, play dirty and win. Kalenjins played dirty and did the same in the runup to 2013 elections. But this does not end here.

The Luos have a problem of putting eggs in the same basket. The Kalenjins are smart not to do that. Isaac Ruto and William Rutoâ€™s battle indicate that the community have a substitute. In the case of Willam Ruto’s fall, Isaac will take over. The Luos don’t have that. This clear absence of plan B has taken Raila out of bench and back to the field. Had the Luos had a substitute, Raila would be resting in peace.

The Luoâ€™s political development is directly correlated with the Odinga phenomena. The problem here is not the Odinga the personality, it is Odinga the creed. The Odinga personality is the highly versatile and reform oriented person who has achieved so much for Kenya. He is unmatched with anyone in Kenya save for the founders of the Republic.

The Odinga personality is a good thing. The exact opposite is the Odinga creed. This is the belief that anything â€œ Odinga is goodâ€. This is the utter lack of flexibility on the part of the Luo electorate to identify or cultivate divergent routes to the same destination. In Luo Nyanza, all road leads to the Odinga shrine. In my view, this is where the Luoâ€™s go wrong.

Compared to the Luos, the Kalenjins have several times tolerated the idea of more than one ethnic champion. In the year 2002, soon after the departure of Moi in Politics, there was a substantial number of Kalenjins who voted the Rainbow Coalition disregarding Moiâ€™s chosen heir Uhuru Kenyatta. Soon after that, William Ruto effectively muzzled out Daniel Arap Moi as the defacto leader of the Kalenjin.

Isaac Ruto, having known that William Rutoâ€™ political career may be impeded by the ICC, has seen the opportunity of succeeding the DP Ruto. Call this brilliant political calculation. In the end, the whole community survives and the Kalenjin continue to play a vital role in Kenyaâ€™s political scene.

When it comes to gender representation, the Kalenjin won first prize in the level of representation of women as well as younger politicians after the 2007 elections. The Luoâ€™s did not have a single elected woman MP from Nyanza.

Similarly, most of the elected Mps were old and had no substantial record of development in the grassroots. It would go unsaid that this lack of flexibility of Luos could perhaps explain their extreme failure at the 2013 elections. It would be important for Luo Nyanza to go back and question their political maturity.