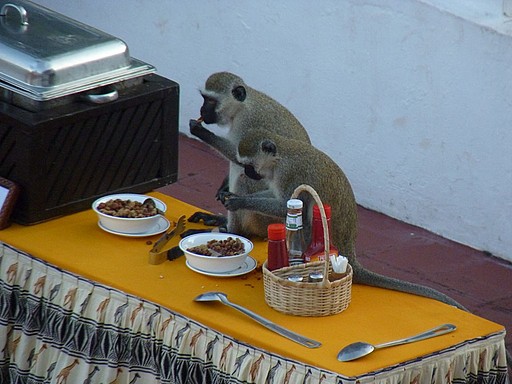 Residents of Kiamwathi village in Nyeri got a rare and unusual shock of their lives when Shadrack Kinuthia sent his wife and children away claiming that he is in love with a monkey that he brought home! Shadrack,an Engineering graduate of JKUAT hugged
and kissed the monkey while showing open affection for the animal.

The villagers thought the Engineer has gone bananas but he assured them that he was sane
and sound. The man who is blessed with TWO BEAUTIFUL DAUGHTERS did not want to see or talk to any member of his family;actually ,he claimed that they are EXPECTING A CHILD anytime with the PONGIDAE meaning that he has raped the monkey severally.
The man was arrested and may undergo mental examination so as to establish whether he he is mentally ok. The Monkey was put under the custody of KWS