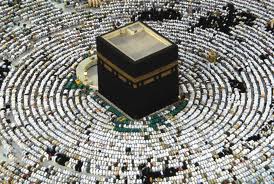 At the dawn of the war on terrorism, it was apparent everywhere that mostly our Muslim brothers and sisters were treated with very high suspicion. This all happened because the few who were being suspected to be behind these activities and even others found guilty were Muslims. This saw our brothers undergo mental torture and lack freedom of expressing themselves sometimes in fear of what could be done to them if one would learn of their presence.

Same fear engulfed Kenya at the dawn of the attack on the Somalia Based Militiamen-Alshabaab. Many of those observing Muslim faith were held with a lot of suspicion and even saw the branding of any Muslims as Alshabaab.

Is Islam a cult or even a sect of terrorism?
Is islam a cult of Murderers?
No! It is Not!

Today allow me comment on this a bit. According to religious studies, Islam is classified among other more than six religions worldwide. Mwita Ghati, A religion student at one of the universities here in Kenya, tells me Islam is an Arabic word used to mean submission. This submission is to God whom they believe is supreme, creator of the world and who will come to judge the world.

With my more enquiry, Mwita reveals to me that of the other religions, all believe thereâ€™s a supreme God, but the only distinguishing feature, is the prophet whom all these religions believe in. He is also fast to bring to my attention that among its doctrines, Islam has got beliefs, just like any other religion, encouraging good morals, and societal coexistence and discourages sins among its faithfuls.

Mwita, who is a Christian, is able to outline, the three structures on which Islam is based and the five pillars of its faith, in which, Saum, is the fourth one.
Friends, why should we judge a son based on acts of the father?
Why should we judge a brother based on the acts of his siblings?

Upon judgement, everybody shall be judged individually. No one shall be held responsible because of atrocities of the other.
When Our Muslim brothers will be celebrating Eid Ul-Fitr, all of us, we shall be on a national holiday, not because we are all Muslims, but in faith to join them in union of their prayers. A friend of mine quotes, â€œSome Christians will take this as the day of Biriani and Pilauâ€.

Okay, that is her say.

But my hope is that as this Ramadhan ends, God will forgive us our sins and bestow us Glory to live as per His will not according to our selfish desires; That we shall love each other and coexist as brothers and sisters; That as a whole, we shall put aside our religious differences and work for the common Good of Godâ€™s creation,
That we shall all appreciate the need of one another and strive to maintain peace, Love and Unity.

To all those who will be celebrating Idd, Eid Mubarak.Â God bless you all and May God Bless Kenya.