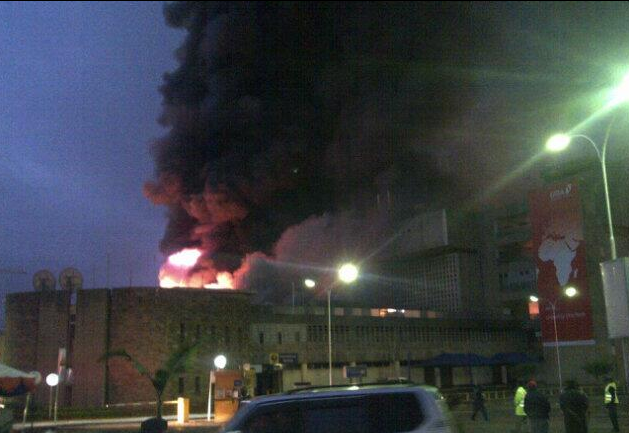 Firefighters are currently at the scene of a huge fire that has engulfed the international arrivals terminal at the Jomo Kenyatta International Airport (JKIA).

The fire has reportedly grounded operations at the airport and incoming planes are currently being diverted.

The airport authority confirmed reports of the fire, saying: “We confirm reports of a fire at JKIA affecting part of [the] international arrivals building and Unit 1 departures”.

More on the JKIA fire >>