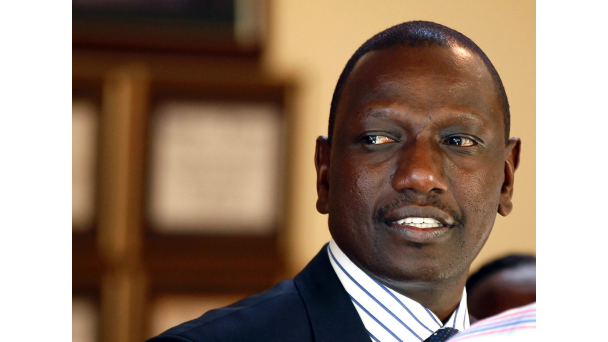 Kikuyu Mafia under Kibaki wanted all along wanted to sacrifice DP William Ruto ..He fell into the trap when he helped them into

As the man behind the defeat of Kibaki presidency in 2007 William Ruto was not forgiven in the power circles of central Kenya where both Uhuru and Kibaki belongs.

Ruto is treated as a dare devil who should be tamed in the kenyan politics, needed until such a time that he can be relegated to the dustbin of political history.

Ruto was duped into false believe that he and uhuru share a common fate of the ICC trials and they need to be Together to fight a common enemy,like a sacrificial lamb william Ruto failed to realize that Uhuru is a son of a Former Head of state while his own parents had no such privileges

Ruto had no networks either by family or power to influence anybody outside the Kalenjin circles or his home village.

Although DP william Ruto is a political force of his own creation,Its very easy to neutralize him as well, he has created enemies in the powerful cliques of the Moi regime whom he swept out of power in the last 10 years, these people are still influential ,wealthy and have no love for William Ruto, most would wish him out of influence in the Rift valley today better than tommorrow, they are not his friends either ..they are revengeful of his charisma and efforts as a non starter in the kenyan political scene ..is this the end of William Ruto ? Time will tell .