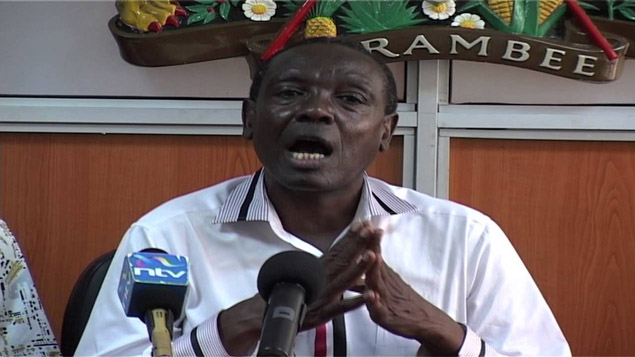 Former Government Spokesman Muthui Kariuki was on Saturday night involved in a serious accident while drunk at the Muthaiga roundabout. Muthui rammed into another vehicle which was being driven by a young motorist causing extensive damage to both the vehicles.

The former spokesman who was driving a brown Lancer(a KBE) went further and threatened the young man with dire consequences for accusing him of being drunk. Both vehicles were towed to the Muthaiga Police station. However the next day in the morning , the young motorist who wishes to remain anonymous for fear of reprisal was very surprised to find only his vehicle at the police station.

On inquiring he was told by the Muthaiga cops everyone to go repair his vehicle as both were to blame for the accident.Police did not bother to record statements from both the drivers and neither was the accident entered into the OB.

Now the young man is worried because the damage to his vehicle a Subaru Legacy will cost him over Ksh 150,000 to repair yet he is still repaying its loan.