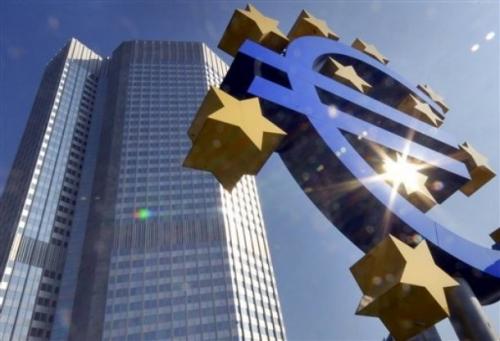 Two months ago, the Finance Minister presented the Budget Policy Statement for the Financial Year 2012/13 budget outlay of ksh 1.459.9 trillion. The budget comprises 31% development expenditure and a massive 69% recurrent expenditure. This yearâ€™s budget is very ambitious and presents a challenge of funding as deficit roams large

The Minister anticipates collecting revenues of ksh 954.6 billion. This comprises of ksh 870.5 billion of Ordinary Revenue and ksh 79.3 billion of Appropriation-in-Aid. This leaves Treasury with a budget deficit of ksh 505.3 billion where it projects to receive ksh 225.5 billion in form of loans and grants leaving a deficit of ksh 279.8 approximately 7.2% of GDP. Of this, the Minister intends to borrow ksh 106.7 billion locally and ksh 169.3 billion from bilateral and multi-lateral development partners.

Foreign support to this yearâ€™s budget accounts for 18.2% of the total budget up from 17% in the outgoing year an indication that the government is increasingly relying on development partners in budget financing.

Questions are set to arise as to the governmentâ€™s capacity to implement this budget by using projections of revenues to be realised later in the year. This as usual will not trouble Treasury mandarins who have always sort to fill the budget deficits by foreign financing or domestic borrowing.

Kenyaâ€™s debt level to GDP has fallen from 53.9 per cent as at the end of 2011 to 48.9% percent as at the end of April 2012, a signal that Kenya is at a low risk of external debt distress, there is possibility of the gains being reversed as there is a projected faster debt accumulation over the medium term.

The Debt Sustainability Analysis study conducted by the Government in 2011 under the joint World Bank-IMF Debt Sustainability Framework (DSF), concluded that the debt sustainability indicators have deteriorated slightly reflecting a projected faster debt accumulation over the medium term. Though policy makers will be quick to down play the unfolding scenario but the happenings in Europe are a warning that we need to change tack if we are to avoid the fate of the crisis.

At the start of the year, we witnessed the goings-on in the Euro zone as leaders of the major European Union economies worked around the clock on measures to resuscitate the Greek economy, contain the simmering debt crises in Italy, Portugal and Spain. The instruments used, if any, have failed to stabilise the euro if the Spanish fiscal deficits and the resultant debt levels is anything to go by not forgetting that analysts have also not ruled out a bailout for Spain.

Truth be told, the genesis of the current euro crisis ought to be laid squarely on definite European governmentsâ€™ appetite for spending and inability to manage their debts. The ad hoc fire fighting strategies being witnessed without a clear roadmap from the Euro zone leaders on how to deal with the European Sovereign debt crisis heralds an eminent danger of dragging the world economy back to recession.

Opinion is sharply divided on the upshot of the Greece crisis on developing economies like Kenya. One school of thought argues that since African economies have limited financial integration with the rest of the world, Africa is immune from the negative effects of the crisis. On the other hand, another group opines that given Africaâ€™s reliance on European countries for trade, capital flows, remittances and tourism, coupled with a slow economic activity from key European players is bound to greatly impact the growth of African economies leading to massive fiscal deficit gaps.

With the current economic fragility obtaining in major world economies, the question that begs to be answered is: for how long will Kenya and other nascent economies resist the contagion? Closer home, the Euro zoneâ€™s financial woes have devalued the Euro currency thereby strengthening the dollar and in turn threatening to weaken the Kenya Shilling whose value is pegged on the dollar through our dollar importâ€“export mechanism.

The Euro zone debt crisis played a role in this devaluation of our local currency. To fix the situation, the government borrowed US$600 million from a consortium of foreign banks in conjunction with the IMF. Kenyan citizens will have to pay this money back and of course with interest.

As witnessed in the global financial crisis of 2008, African economiesâ€™ stability will not last as most of them are poor and they are likely to bear the brunt of the crunch more since they are not well insulated.

Most European banks hold a big share of the Greek sovereign debt and if Greece defaults, a good number of European banks may experience significant losses and as a result, due to their commanding presence in Kenya, they might cut their credit lines to restore their capital adequacy ratios.

Since the 2008 global financial crisis, most European countries reduced their ODA flows to the developing world as they sought to put in place austerity measures. Similarly, in the wake of the recent financial turmoil, the UK Government announced the biggest cuts in State spending since World War II of Â£83 billion by 2014-15 fiscal year, the French Government still toying with the idea to cut spending by â‚¬45 billion while the Germans on their part seeks to cut their expenditure by over â‚¬80 billion.

The cuts though noble domestically (in issuing countries), sounds a death knell to a number of Kenyaâ€™s projects that are being financed by these governments. This also may force the government to look for alternative sources to leverage the reduced donor money and the quick avenue is to borrow.

Kenya just like many African governments has strong trading links with many European economies. Central to this is the agricultural products sector that has been Kenyaâ€™s key export earner with horticultural and tea being the most important. Other exports under this belt include textiles, coffee and tobacco. Kenyaâ€™s export have largely done well as exports grew in value from ksh 409.8 billion in 2010 to ksh 1.315.67 trillion in 2011 representing an increase of 38.9%.

The recent data from the Kenya National Bureau of Statistics (KNBS) shows a drop in demand of Kenyaâ€™s horticulture in the past half year period. Kenya earned ksh 36 billion from the sale of flowers, fruits and vegetables in the first five months of 2012 compared to ksh 37.86 billion over the same period last year.

The slow economic growth in Europe presents a possibility for a reduced demand for commodities, manufactured goods and services from Africa. This will further undermine the already weak EU imports, which have yet to reach the pre-global financial crisis levels. Alternatively, this presents the local producers with an opportunity to diversify their market beyond the traditional export partners and embrace new emerging trading blocs such as Asia and pacific, China, EAC, and SADC.

The decline in remittances can be attributed to the new austerity measures being implemented across Europe that has seen laying-off some excess work force. This situation going into the future is bound to translate into fewer remittances to the exchequer as immigrants struggle to maintain or find new jobs.

Though the world economy looks gloomy, the government can afford to rally towards a positive growth if there will be higher expenditure in public investments, strong commodity exports and diversifying trade with growing economies such as China.
Spending without generating sufficient revenues will keep the government deficits all time high. If the revenue collection does not improve, financing this financial yearâ€™s budget will prove a tall order for the government whose recourse as always will be to increase borrowing so as to bridge the financing gap.

The government needs to be careful with foreign credit ratings on debt sustainability as our fiscal deficits continue to rise and so is dependence on foreign funding. Failure to heed this will drive this country down the road the Greek, Italian and Spanish economies have trodden.