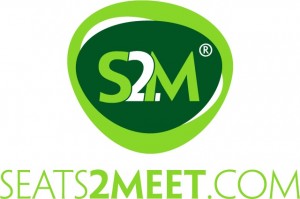 Serendipity – value creation based on unexpected encounters – is a new trend in the world of business. Successful global players like Google and LinkedIn are introducing â€œserendipity leavesâ€ for their employees: time they can spend outside of rigid work structure in order to find value in the most surprising places. These companies know how important unexpected encounters and knowledge exchange are for innovation.

But what if it is actually possible to build a business – a machine – that systematically facilitates serendipity? The Serendipity Machine presents a disruptive business model that is able to do exactly that. The model is based on a number of principles that emerged from an analysis of the Dutch company Seats2meet.com. Once a rather traditional meeting business, Seats2meet.com has successfully transformed itself into a Serendipity Machine: an organization that not only systematically facilitates unexpected encounters but in fact builds its very business model on serendipity (for full analysis of the case, see the book â€œThe Serendipity Machineâ€).

One important reason for their success is that Seats2meet.com the first company that has managed to inscribe the logic of social capital into the DNA of its business. Of course, social capital is by no means new to economics and business thinking.

Once we began to realize that human knowledge and creativity were becoming our most important sources of value creation, we also became aware of the fact that they could not be exploited as easily as traditional resources. The reason is that knowledge and creativity are not resources in themselves but potentials generated by social relations. And they tend to be particularly valuable if are generated by unexpected encounters, surprising conversations, the collision of ideas that in the regular course of things are not supposed to meet. In other words, their value is a function of, indeed, serendipity.

Over the last few decades, literally thousands of books have been written that try to tell companies how to create social capital in order to generate valuable knowledge and creativity. As Harvard law professor Yochai Benkler has beautifully shown, the reason these strategies tend to be inefficient is that companies operate according to a transactional logic that requires clear â€œcontractual specification of the individual effort required in a collective enterprise.â€

Social capital, in contradistinction, cannot be contracted via an individual. It is social capital, i.e., the value inherent in social relations. This is exactly what makes it so difficult for companies to deal effectively with knowledge and creativity.

To Give or Not To Give: Asynchronous Reciprocity as Driver of Innovation

Seats2meet.com is different because it resurrects an archaic principle, albeit in very modern form: the potlatch. A potlatch is a ceremonial feast that has been found to be an integral part of many archaic economies. The word comes from a native North American dialect term meaning â€œto give awayâ€ or â€œa gift.â€

Anthropologists have long been fascinated with the potlatch, because it is the cornerstone of an economic system in which acts of exchange do not take place in a space abstracted from personal relations. In our modern economies, a transaction is sealed by paying a price, thus alienating the previous owner from the good or service. Paying the price, one might say, cuts off the previous ownerâ€™s bond with the object of exchange and also prevents the emergence of any social bond between the two parties.

The potlatch, in contradistinction, is a form of exchange designed to establish a social bond between the parties engaging in the exchange. The gift is never alienated from the giver. Rather, he or she enters into a relationship of asynchronous reciprocity with the receiver of the gift. The exchange establishes a strong social bond between the parties involved in the gift exchange, obligating the receiver to repay his or her gift debt. However, the reciprocity is asynchronous, meaning that when and how repayment takes place is left to the will and capabilities of the receiver.

I am aware that from a corporate perspective, this is totally counterintuitive. However, just look at the literature on innovation, talk to those innovation experts. They all are going to tell you about the importance of water coolers and coffee machines and the like for innovation. These are of course nothing but places that interrupt the transactional flow of the business by letting social capital leak in for a moment. Where you casually share a story, a piece of information or give advice. Without expecting to get anything back in return right away (actually, you get something back, i.e., a moment of relaxation). There you go, asynchronous reciprocity. Now Serendipity Machines are water coolers and coffee machines turned into business models. And yet, or perhaps even because of that, they are innovation-powerhouses as well.

If you would like to see how this works, check out The Serendipity Machine and/or visit Seats2meet.com.