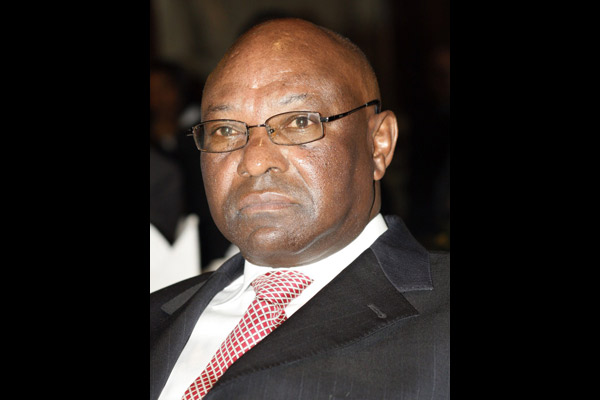 According to the scheme by Britam Lords, they want to acquire 80-100 % of ACORN fraudulently. The fraud meeting which was Chaired by Amb Francis Muthaura and backed by Benson Wairegi a member of the strategy Committee of the Britam Investment group, met stiff resistance from Edward Kiraithe CEO of ACORN who flatly turned down the proposal to acquire 80-100 % of ACORN by Britam.

Property firm ACORN Group has petitioned Chief Justice Dr. Willy Mutunga to disqualify judge David Onyancha from hearing a multi-billion shilling court case pitting it against Britam on basis of bias that will emanate from conflict of interest since Justice David Onyancha is a client of BRITAM lords lawyer Fred Ngatia.

The matter has been compounded by stock broker Jimnah Mbaru and Equity boss James Mwangi who boycotted the BRITAM committee meeting that was chaired by Amb Muthaura the Chairman of the BRITAM Board. During the stormy meeting ACORN boss Wairegi argued that the BRITAM shares were grossly over priced at Nairobi Security Exchange meaning the exchange price between BRITAM and ACORN shares would not be favourable.

The controversy led to Britam Asset Management to dump the dictatorship of Jimnah Mbaru and the rest at Britam. The matter is already before the Courts but Acorn are demanding the removal of Justice David Onyancha who is reportedly a partner of Fred Ngatia the lawyer for Britam Lord Benson Wairegi.

Another source also revealed that Mbaru, Wairegi, Peter Munga of Equity and the team have vowed to frame up criminal charges against the youthful AKORN directors and are set for arrest by CID. The Mbaru Muthaura Munga (super 3Ms)axis have super connection in all arms of government for use in the what is shaping up to be a bloody battle.

At the moment its alleged that Jimna Mbaru and Benson Wairegi are out of the country to plan for the elimination of the said Akorn directors by a group of hired hitmen. We also learnt that the CBK governor Pro Ndungu and LAPSET chairman Amb. Francis Muthaura are part of the Mbaru team.
BRITAM IS ALSO HELL BENT ON FINISHING THE EX EMPLOYEES WHO LEFT TO FORM CYTONN