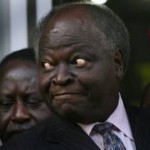 A man who could not accept defeat in elections. A man who watched Kenya burn. A septuagenarian who could not return a political favour. A man whose economics has been described as ‘voodoo’. A man who ensured Kenya remains a divided nation to date. Mwai Kibaki, if you listen to people’s conversations, especially those not […]

Eliud Owalo who was former Prime Minister Raila Odinga’s head of presidential campaign secretariat took issue with accusations by the Jubilee-leaning propaganda blog Jackal News who accused him of wanting to destabilize Uhuru Kenyatta government. Owalo denied the allegations as ‘diversionary tactics’ the jubilee leadership, already with little to show even as the first 100 […] 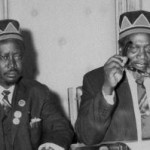 By Dikembe Disembe John Kamau, a writer with Nation newspaper recently penned a historical feature which had all the hallmarks of a misleading story. Ordinarily,I would not have bothered to read it, because, disdainfully, I rarely read some columnists who often write with their ethnic minds save for Ted Ngugi and Maina Kiai. Why? Because […] 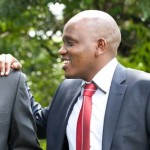 By Dikembe Disembe What President Kenyatta’s newly established communication machine means for the next elections Communication is Power.Â This is the catch phrase of public relations, the sister discipline of journalism which houses political communication, political persuasion, public communication and rhetoric in politics. In Kenya, presidential campaigns was recently redefined, so will it be in the […] 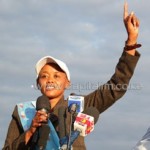 The continued scrutiny on the peoples’ senator lawyer Kethi Kilonzo is not new in our political scene, its only few months ago that Senior Counsel Ahmednassir Abdullahi underwent a near similar scrutiny though it did not generate much interest. The overwhelming public interest on Kethi Kilonzo is turning out to be bigger than even the […]

Due to the increased number of readers for our site, and ‘haters’ too; we are carrying out a systems upgrade as part of our strategic plan of being ahead of the curve, by adopting high end digital content delivery systems- our security and editorial tools to provide you with more interesting features and stories. Kenya […] 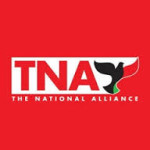 By Dikembe Disembe TNA Legal Affairs Secretary, I dare not mention the second part of his needlessly long designation, responded to certain remarks made recently by former Vice President and Wiper Democratic Party leader Kalonzo Musyoka over the revocation of Lawyer Kethi Kilonzo’s candidature to vie in the Makueni County Senatorial by-election; a seat that […]

By Dikembe Disembe After reading this; you can as well “accept” to pack your travel backpack or suitcase and “move on” to the Dutch national carrier KLM; or Delta Airlines; Emirates or Etihad. I have been a fan of Kenya Airways; our national carrier ever since I realised I would fly in the future. Â In […]

By Dikembe Disembe When news first broke out of the theft in former PM’s office, many people, especially those who still believe the Jubilee Alliance government is willing to do anything to frustrate Odinga, took the whole incident as a continuation of Mutahi Ngunyi’s twisted intellectualism on how democratic competition should end, that is, with […] 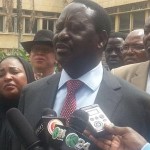 By Ojwang Ndege Fiery university student leader Dikembe Disembe has accused CORD leader Raila Odinga for ‘delaying’ the revolution at a time the country is facing great challenges caused by what he termed as ‘political incompetence’ of the government of President Uhuru Kenyatta and Deputy William Ruto. “Teachers are on strike and Odinga is not […]