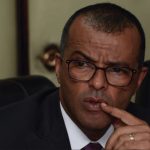 By Caleb Saida Former Director of Public Prosecutions, Philip Murgor is now on the spot over fresh allegations of leading a corruption network in the judiciary especially at the Court of Appeal where his wife is a judge Murgor who was sacked as the DPP during former President Mwai Kibaki’s NARC regime, is now accused […] 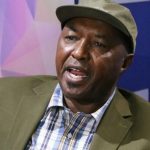 By Moses Kandie Troubled Bahati Member of Parliament Kimani Ngunjiri’s efforts to meet Deputy President William Ruto to iron out issues between him and Nakuru senator Susan Kihika are believed to have hit a devastating dead end. The outspoken MP fell out with Ruto’s United Democratic Alliance (UDA) party after he appeared to have endorsed […] 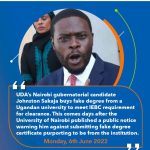 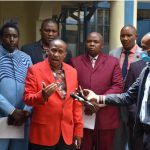 The church’s Secretary General Reverend Raphael Mwiti accused the Ministry of Industrialization, Trade and Enterprise Development of interference to short-change the church.”Let the government not intimidate the church. The money raised by the church members is as a result of total sacrifice to glorify God. We prayed for this government including fasting so that it […]

A petition seeking to stop former Nairobi Governor Mike Sonko from contesting the Mombasa gubernatorial seat has been filed in Court. The petition was filed on April 25th 2022 and certified as a matter of urgency through High Court advocate Willis Oluga. The petitioners in the case, Ndoro Kayuga and George Odhiambo who’re close allies […] 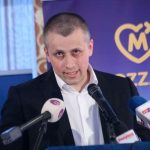 Betting firm MozzartBet has lost more than Sh300 million after the High Court ruled that the funds, which were frozen two years ago, are proceeds of crime. Justice Esther Maina ruled that the money held in three bank accounts was part of a money-laundering scheme and should be forfeited to the government. The firm had […] 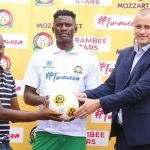 Mozzart Kenya country manager, Saša Krneta, has been linked to a multimillion secret money laundering syndicate that is denying Kenya Revenue Authority millions of shillings. Insiders at the firm now want the taxman to post independent officers at the firm headquarters as those currently involved have been compromised to circumvent facts. It is not only […] 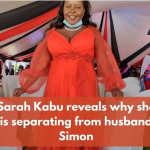 Sarah Kabu and her husband Simon Kabu are allegedly going their separate ways. Sarah in an interview with ‘Christina Lewis The Voice Of East Africa is a foundation’ said she was not comfortable living with her business partner and husband Simon Kabu. “We have been discussing that we need to separate since I have not […]

A bodyguard from deputy president William Ruto’s security detail is reported to have taken his life. A police report filed at the Kays Police station in Kiambu details the incident. Reported under OB No: 09/11/04/2022 at 1043 hrs, the report read, “It was reported through a telephone call by the in-charge Presidential Escort Unit Kenyatta […] 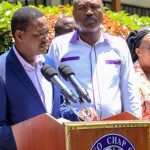 PRESS RELEASE OKA IS WRONG: AZIMIO LA UMOJA IS ABOUT INCLUSION NOT EXCLUSION I have seen the statement issued yesterday evening by OKA about their reservations with the registration of AZIMIO coalition party. From the onset, I wish to state that our overarching objective is to unite the entire country so as to accelerate economic […]