By Osugo Moseti The entry of Eliud Owalo, former campaign aide of Raila Odinga is causing jitters among first time Luo MPs who view Owalo as a direct threat to their survivalÂ in Luo politics. When Raila lost in the March elections elections, several first time, and a few second time Luo Mps started coalescing around […] By Osugo Moseti A post on Bomet Governor Isaac Rutto’s wall indicates this Wednesday his Pesa Mashinani and Okoa Kenya will form a joint team to launch a single referendum drive across the country. While the account is unverified, talks of the two teams joining together has been in the works for months now. Last […] A few days ago, the Country was treated to rare and most unexpected attacks on Hon. RailaÂ Odinga and Taita Taveta Governor Hon. SalimÂ Muvrya, when the two leaders in the company of other Cord leaders, addressed a public rally in Kwale. The purpose of the rally was to drum up support for Cordâ€™s initiated Referendum process. […] 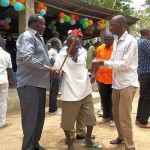 By Comrade Alberto Nyakundi Amenya Whoever sent daredevil Karisa Lengo to whip Prime Minister Raila Odinga must be really wicked. The people who celebrated that wicked act are equally depraved and ungrateful before God and man. Karisaâ€™s masters should have regretted for having bestowed upon him the high honor of his glorious reception. By now, […] 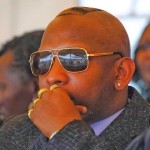 Contrary to speculations that Nairobi Senator Mike Mbuvi Sonko was behind the ugly and unfortunate incident in Kwale where an elderly man whipped former PM Raila Odinga as erroneously reported elsewhere, it has since revealed that the incident had nothing to do with Sonko and those dragging his name into the act are people out […]