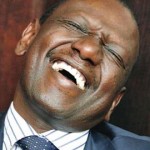 It turns out William Ruto has a lot of hopes in this government, he actually thinks they are yet to a form a government more than a year later. listen to Ruto lie to his people in broad day light>>> 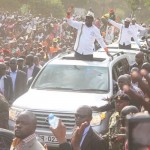 The message was clear, Raila Odinga is in town and Jubilee is wetting their pants! Now, after watching the 1 million man rally at Uhuru park the ruling coalition had no choice BUT dispatch Deputy President William Ruto to do the dirty work (discrediting the CORD rally). The rally was a success considering the close […] The Coalition for Reforms and Democracy has called for a National Dialogue to address the sweltering problems the country is facing from insecurity to run-away ethnicity. Speaking today during the home-coming ceremony of CORD leader Raila Odinga, the national dialogue was first revealed by CORD co-principal Kalonzo Musyoka and repeated by Mr. Odinga. This is […] 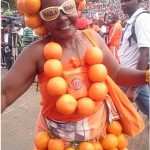 There is something I want you guys to know about the return of Raila Amolo Odinga. Sometimes you think you have mature Facebook friends till you read their posts and see how they reason. Today, Iâ€™ve seen a lot of posts insulting LUOs as they head to the city to welcome their HERO. Then I […] 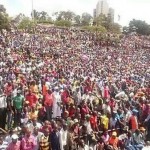 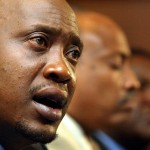 By Janet Mwikali-White That the failed Uhuru government is afraid of an Arab style of a revolution is not in doubt. The 2 failed leaders- Uhuru and Ruto are evidently in slumber land after luckily managing to be declared winners of the flawed and massively rigged 2013 presidential elections. Yes Kenyans are increasingly getting sick […] 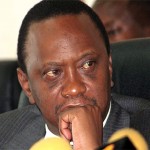 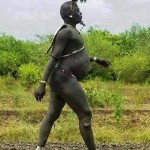 This is Kibet, he hails from Mogotio Baringo where insecurity has deteriorated to high heavens. He is also set to update Raila = Baba ukiwa a way….. 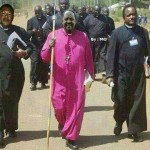 Happy Raila Odinga Day. Just woke up and been told to read JUBILEE ACHIEVEMENTS on Dennis Itumbi’s wall. That he was woken up at 3am to post the ‘goverment’s achievements’ tells you alot about those ‘achievements’. Treat such as part of the growing desparation of our friends and countrymen on the other side. Happy Raila […] 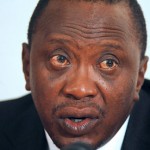 Kenya Today can authoritatively report that 13 Kalenjin MPs this morning met CORD top leaders at a hotel in Nairobi ahead of tomorrow rally. Details of the meeting, though scanty, point to the growing disaffection of leaders in the Rift Valley with increasing sidelining of Kalenjins from strategic government positions. The closed door meeting was […] 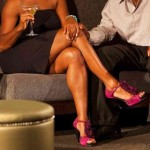 There was an article floating around titled “13 Ways You Know You’re Dating a Grown Ass Man”. They hit some good points. Like, right on the head, they nailed it. I could have added a couple more things, but for the most part, they got it. So for my fellas, here are 21 ways you […] FORMER Mungiki leader Maina Njenga says a number of top government officials want to kill him over a matter arising from one of the Kenyan cases at the International Criminal Court. Speaking from his hospital bed at Avenue Hospital, Nairobi, yesterday, Njenga said these officials want him dead because he refused to record a statement […] A CORD leaning civil servant has lost his job after his colleagues claimedÂ he ‘insulted’ President Uhuru Kenyatta during a beer brawl. The man, Donald Avude, is said to have shown disrespect to the head of state during a heated argument while having drinks with his colleagues in a Lamu pub. It is his work-mates who […] By McGregor Murgor To anyone who was watching Citizenâ€™s Opinion Court with Ann Kiguta yesterday might have wondered what became of â€˜the nationâ€™s most reveredâ€™ political analyst. One would say Mutahi Ngunyi either stooped too low degenerating in to a Jubilee government chief propagandist or it was his deep seated biases/nuances that got the better […] President Barack Obama visited Kenya in 2006 then as a US Senator of Illinois. His tour Â got into a charged anti-climax at the University of Nairobi where he delivered an all important speech titled An Honest Government, A Hopeful Future. Reacting to the speech, current Machakos Governor Dr Alfred Mutua, then government spokesman, chided Obama, […] 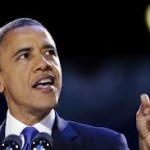 TOPIC: Our Past, Our Future & Vision for America August 28, 2006 An Honest Government, A Hopeful Future University of Nairobi Nairobi, Kenya Senator Barack Obama speech at the University of Nairobi-Complete Text The first time I came to Kenya was in 1987. I had just finished three years of work as a community organizer […] 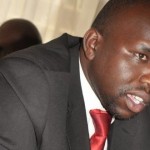 KIPCHUMBA MURKOMEN-some arguments should only come from illiterate villagers.not you.so Cord is idle by holding rallies…just wondering…so how idle was Uhuru to hold roadside rallies yesterday?how idle is Jubilee to follow Ruto to the Hague on a private matter.how idle is Jubilee to be always receiving Uhuru at the airport anytime he comes from meeting […] South Sudanese rebel leader Dr. Riek Machar Wednesday night held lengthy talks with President Uhuru Kenyatta at State House, Nairobi, as the conflict in South Sudan endures. The meeting, which has been held under wraps, was revealed by the Sudan Tribune a day after Mr Machar jetted in the country. After the Kenyan meeting, Dr […] 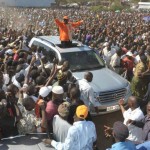 Allowing Raila rally to go on ‘prolonged’ CORD’s Sub-Saharan spring and life of Jubilee government By McGregor Murgor It is highly likely that the Jubilee government allowed the CORD rally so they could stay in power. Â In a sense, it also extinguished what could have precipitated to a ‘revolution’. For a government still suffering reputation […]